Pennant, a riparian run and an "ouch!" incident


A few months ago I was invited to write an article for Pennant magazine, the journal of the Forces Pension Society. The Editor and General Secretary, Major-General John Moore-Bick CBE DL, thought their readers would be interested in my marathon efforts, the link between physical and mental health (mens sana in corpora sano) and how I use the internet for fund-raising. 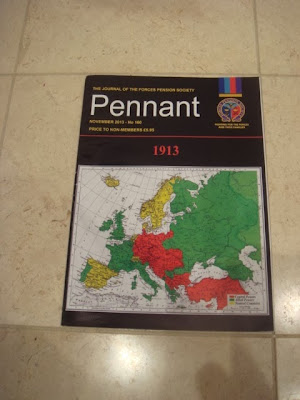 I was given 1200 words for the article but I could easily have written 12,000. I submitted a draft with 1300 words suggesting the areas I could condense if need-be but I was delighted when their response was to give me 1700 words to play with, thus turning it into a 2 page spread. Mum's story was included together with links to ARUK and my blog and I hope that people found it interesting and informative.


The other day I felt the need to run just for the sheer joy of running, not caring about the pace or distance. The weather has been pretty vile of late but the sun was shining as I headed off towards Bodiam for a run along the river Rother.

I'm still busy processing pears and apples. Purees, juices, syrups, chutneys etc. On Sunday it was pears in syrup. These are some Conference pears from our trees. Beautiful, juicy pears. 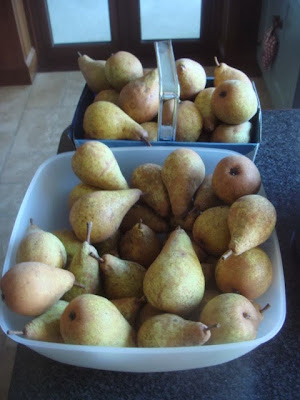 First I peel and core them using my trusty apple-corer (can you guess what's coming soon?), then I chop them into quarters and simmer them gently in a light syrup of sugar and water. 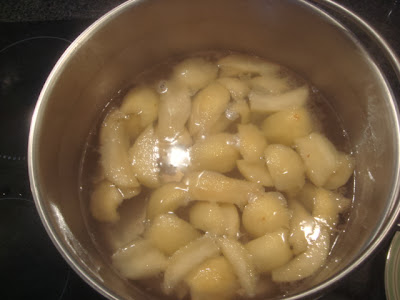 When they are just starting to soften, which takes about 7 minutes, I pack them tightly into a glass kilner jar and pour in the syrup to cover them.

I'm experimenting with different ways of preserving them this year so I'll also be freezing some and also treating them by simmering in a jar sitting in a water bath (the usual method).

I save all the peeling and cores as there's still lots of lovely pearliness to be had from them. They all go into a pan with a mix of lemon juice and water and are simmered until tender. 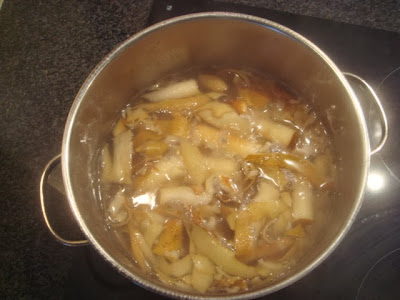 Then I strain the mixture through a jelly bag and use the liquid to make a dark syrup. For a pint of liquid I use 1lb sugar and boil it until it reaches the consistency I want. 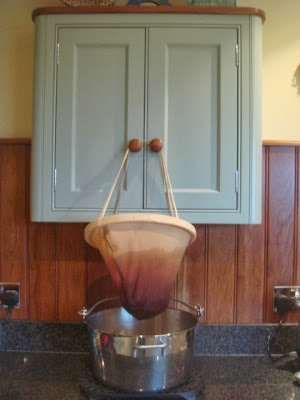 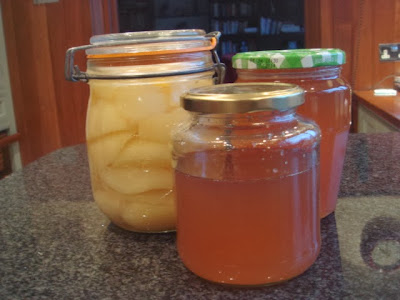 Now back to the apple-corer. I was happily just getting on with my peeling and chopping when my hand slipped and in so-doing the corer sliced into the side of my thumb. It happened in an instant and then there was blood and everything went into slow motion.

Mike was playing the piano, a Chopin etude, and that served as a soothing backdrop. The corer has serrated edges and as I ran my thumb under the tap I could see that it was quite a deep v-shaped cut, but at least there was still some skin attached at the top end. I found some gauze and taped it round it to provide pressure to stem the flow.

After I'd cleaned up the mess I went and told Mike what had happened. Of course he also told me off for not getting him straight away. I knew secretly that he would make me go to hospital but I have the gene for not wanting any fuss or to be a nuisance to anyone, plus I have spent too much time in and around hospitals so that's why I didn't get him immediately.

I resisted removing my makeshift dressing to show him the extent of the damage as I wanted to wait until the bleeding had stopped so he let me off for a while. However, eventually I had to show him and he insisted that we visit the A&E department. Deep joy.

As it happened, there weren't many people there when we arrived and after an initial consultation with a nurse we were seen within 30 minutes as opposed to the 2 hour wait we'd been expecting. Everyone was very kind and friendly.

Mike came into the treatment room with me and was so sweet and supportive - he knows how much I hate going to hospital. The wound was cleaned and the nurse decided that as some skin was still attached he would use glue and steri-strips (a sort of reinforcing tape used instead of stitches) to hold it in place and then finished it with a tight bandage. He gave me a tetanus jab for good measure. 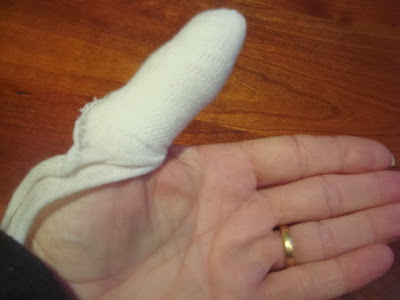 As the glue is water-soluble I'm not allowed to get it wet for a week so poor Mike is having to do lots of chores including tending the horses and Tinker the cat. No knitting for me that evening but I found I could manage my crochet hook OK which was a bonus.

I've just been to see the nurse and had the dressing changed, in case there was any infection, and everything looked OK. She's given me a much looser dressing which allows me to bend my thumb a bit and I can just about manage some knitting, albeit slowly and very carefully. She said that when she changes the dressing on Friday she'll give me an even lighter one if everything is still progressing well.

This morning I managed to make some bread using just my right hand for the kneading and I covered my poorly thumb in cling film just in case I splashed it with any liquids. Needs must and all that!