A while ago I wrote to several leading yarn suppliers to ask if they'd provide me with some yarn for my latest venture. No response. No surprise really as I've never had a response in the past either!

Doing these stunts can be expensive (the marathon entrance fees, shoes, travel etc etc all mount up) and I have been indebted in the past to my local suppliers for stepping up to the mark and helping me out with yarn (Laughing Hens & Knitonthenet in 2007 and Kangaroo in 2009).

Anyway I contacted Gerard at iKnit to see if he had any useful contacts for me and instead of just sending me a list he very kindly offered to donate the yarn I need from his shop. What a star! Although we've spoken many times on-line I've never actually met Gerard in person so I'm hoping to use this as a good excuse for a trip into London to visit his shop.
Posted by Susie Hewer at 2:07 PM 2 comments:

How we view the elderly 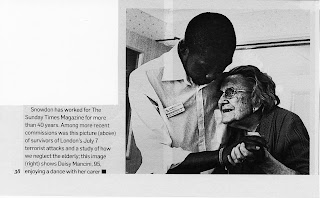 I cut this photo out of the Sunday Times magazine a couple of weeks ago because I thought it was a lovely, thought-provoking image.

Snapped by Lord Snowdon, it shows a 95 year old lady sharing a dance with her carer.

What struck me immediately is the look of joy on her face. She did not care about the colour of his skin, his age or his religion, whether he is wealthy or well educated. She was just enjoying the moment.

It then made me think about how many of our elderly go for days, or even weeks without any physical contact with another human being. When my mum was in the nursing home for the final months of her life I was shocked to learn that many of the people who lived there did not get any visitors at all. No-one to stroke their hair or squeeze their hand. No-one to acknowledge that they have a purpose or even matter in the scheme of things. 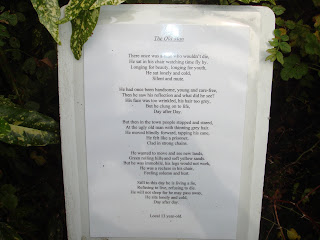 Then I remembered this poem. I spotted it when we visited a beautiful garden in St Margaret's at Cliffe last year. It is so insightful that I was amazed to read that it was written by a 13 year old boy.

I think I'm feeling reflective because today is Mother's Day in the UK.
Posted by Susie Hewer at 11:57 AM 3 comments:

Phew, that was a tough run today.

I decided I'd better do a 20 mile off-roader as my 3rd marathon will be across the South Downs so I headed out towards Salehurst via Bodiam. The weather was kind to me as it was much milder than it has been of late although the ground was pretty sodden and muddy in places.

I'd love to say that it was a wonderful run and that it was easy but it jolly well wasn't either. It hurt like mad and I had to dig really deep to keep going and not just take a short-cut home. At least I did it anyway.

I had to indulge in a couple of glasses of a nice red wine this evening - for therapeutic reasons of course!

I should add that I did enjoy the countryside despite the rubbish running. The catkins are fully out now and look stunning against the dark branches. Snowdrops are coming out with a vengeance. I saw my first weasel of the year darting across a lane - they are really cute and not at all like Kenneth Grahame's characters in The Wind in the Willows. I stroked several horses, dogs and a cat. Saw 2 herons and watched the lapwings soaring an diving down in the valley.

Hmmm, on reflection, perhaps it wasn't that bad after all.
Posted by Susie Hewer at 11:41 AM 1 comment:

Time goes by so slowly for those who wait (thanks Madonna!) 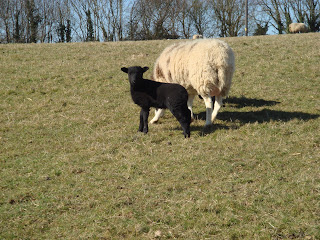 February has been a real drag of a month and everything seems to have taken an age. My running really suffered after the crash as I had to cut my mileage right back until different bits of me stopped aching and complaining. Anyway, I've been doing lots of stretches and low impact work to get my flexibility back and the only bits of me that are irksome now are my lower back and my neck. I managed a 20 miler yesterday without too much discomfort so I'm feeling a bit happier about the forthcoming marathons (only 6 weeks until the first of my treble in Brighton - gulp!). There are lots of skippy little lambs about now and I couldn't resist snapping this cute little black one. 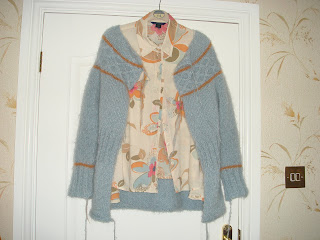 I'm using Gedifra Belisana which is a lovely mohair yarn to work with. I chose the colours specifically to work with this blouse and added my own contrast stripes and they seem to work well. I've just got to turn up the lower edge and then do the button band. The only thing I'm not keen on now it's nearly finished is the waist ribbing which doesn't really add anything to the design. I don't think I'll rip it back though.

It's taken an age to knit as my knitting time has been hampered by not being able to hold my head in the necessary position for any length of time as my neck kept seizing up. The Physiotherapist has been doing lots of prodding and ultrasound which seems to be helping at last so I think my knitting time will increase soon.

February was certainly an eventful month in many ways as we had to reschedule the recording of Mike's Violin Sonata as it was originally booked for early in the New Year but poor Mike still couldn't walk then. When the day dawned (literally as we had a long way to travel!) I was rather apprehensive as I hadn't driven any great distance since the crash. Thankfully the weather was kind to us and the motorway wasn't too bad - well, if ever the M25 can be described as not being too bad! 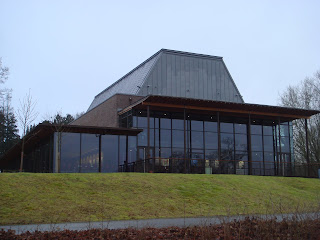 So here it is, the Menuhin Hall, opened in 2006 within the grounds of the Yehudi Menuhin School in Stoke d'Abernon as a memorial to the late, great Yehudi Menuhin. 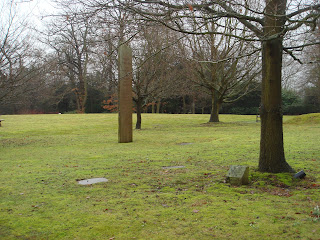 It is situated close to his grave on which is the inscription "He who makes music in this life makes music in the next". His wife's ashes were scattered under the tree on the right and there is a small plaque on the ground. It's as if he is still there watching over the proceedings. 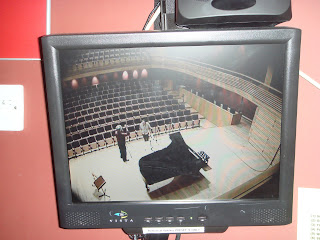 It's an amazing hall with fantastic acoustics as you would expect. This screen outside the hall allows you to check what's going on before entering (you can imagine how unpopular you'd be if went barging in when they were recording!) Here, Mike is chatting to Mike Ponder, the sound engineer who was doing the recording for us, as he sets up the microphones etc. 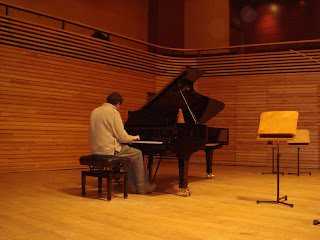 The beautiful Steinway Concert Grand was wheeled out and the piano tuner came in to tune it before the performance. Mike couldn't resist trying it out and it really did sound magnificent. Mike said the tone was so good that it played itself. This wasn't quite true as it certainly didn't sound very good when I played it! 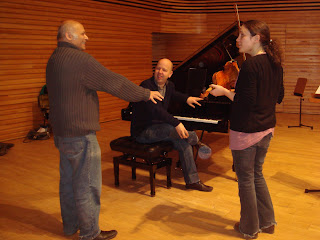 So here we have our 2 players - Huw Watkins himself a renowned composer but also a brilliant pianist and Alexandra Wood an accomplished and very talented violinst.

They are talking to a good friend of ours, Levine Andrade who was one of the 12 founder members of the Yehudi Menuhin School. In the Lobby, there's a lovely photo of him and the others founder members together with Yehudi Menuhin. He arranged the players for Mike and came along to add an extra pair of ears and to offer guidance to Alexandra if needed.

I spent most of the day making drinks, preparing food and knitting. I did actually sneak out for an hour after lunch as I'd spotted a large Garden Centre nearby so I had a good old mooch around there and of course came back with some goodies for the garden.

The players were amazing (and believe me they had to be as Mike's music is certainly not pedestrian!) and the sonata sounds fantastic. It was a great day and it was wonderful to hear Mike's music played by such wonderful players.
Posted by Susie Hewer at 2:08 AM 3 comments: