A sheep interlude and some tadpoles so you don't get bored with all the running stuff!

Mark and Melissa phoned to ask if they could put some ewes and lambs on the field next to the horses the other day (yes, of course!) so Mike and I went to say hello and introduce ourselves to our latest guests the other evening, as you do.

Most of them were spread out across the field and as they hadn't been there for very long we didn't want to approach the group and scare them so we just took a few photos from afar. There are about 40 ewes each with 2 lambs. 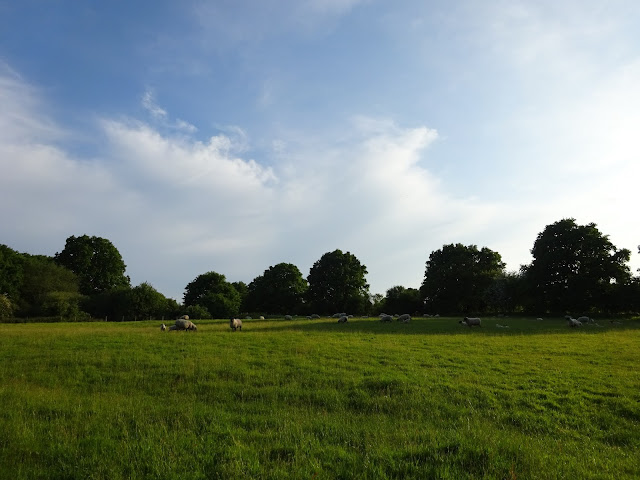 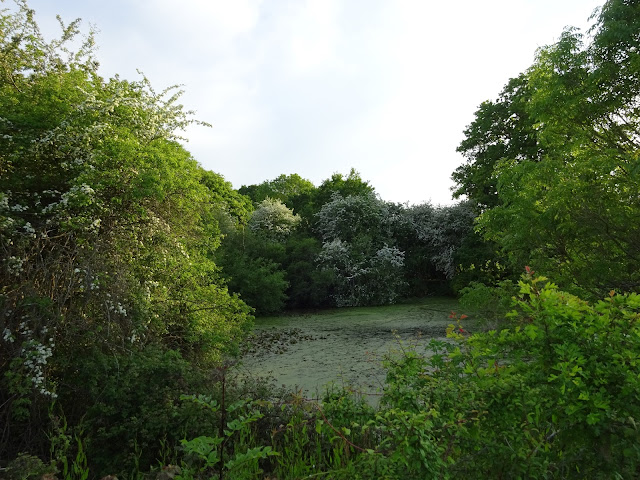 The very next morning I headed off for a marathon and so Mike was in charge of horse feeding etc. When he went out he spotted a ewe and 2 lambs at the far end of the horses field. By the time I got home they'd been joined by a few more! 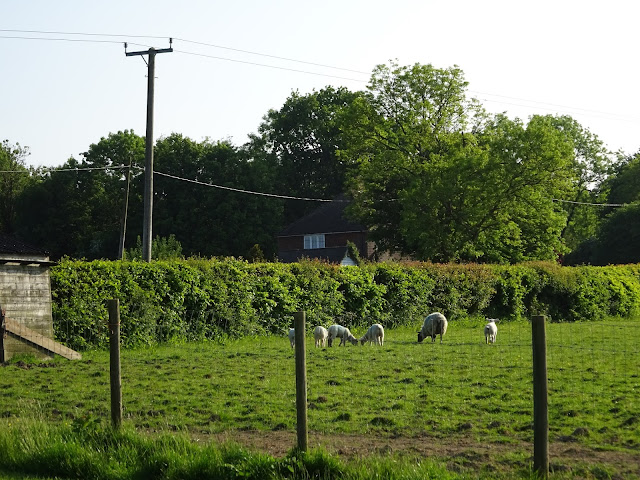 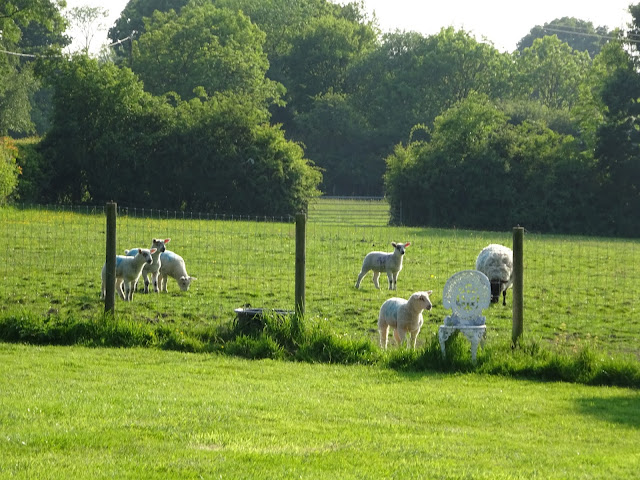 We don't usually have lambs and I guessed they'd just squeezed underneath the field gate dividing the 2 fields. They must have been thirsty as they soon found the water. 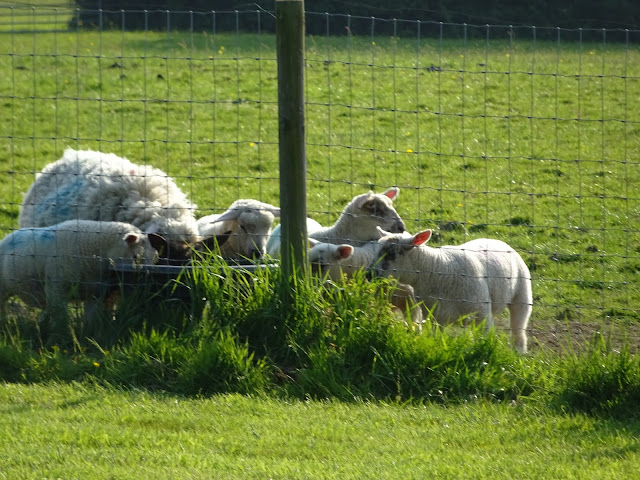 After a while we herded them back into their field as we needed to see where the ewe had got through as she couldn't have got in under the gate. 3 of the lambs went under the gate (their mum was calling them) but the remaining ewe and her 2 lambs went through a gap in the top corner - I watched her squeeze underneath the stock-proof netting so we'll need to secure that asap as once they've found an escape route they tend to keep going through it!

Now for a brief update on the tadpoles. There were 12 to begin with but now there are 8 very healthy specimens. As there were no dead bodies in evidence I suspect they might have been consumed by their siblings. An example of natural selection.

At the moment they are split into 2 large glass jars  but I'm about to go and search out an old fish tank to give them more room.

I'm finding watching their progress very absorbing and it's fascinating watching them change into frogs. Even Mike said "wow" when I made him look at their froggy markings and eyes the other day!


As they're growing apace I realised that they needed more than a bit of algae and so I asked an expert who told me to feed them lettuce which you have to boil for 10 minutes. The boiling breaks down the cellulose and makes it easy for them to bite into. They certainly get stuck right in as soon as I drop it in there.