The Seven Seas of Rye (and a couple more ultras)

With apologies to Queen as I know their version is 'Rhye' but my title refers to beautiful Rye Harbour again. We needed a walk to clear our heads and escape from any talk of hospitals/doctors etc. You know you need to escape when one nurse comes to see how your knitting is progressing and you bump into an eye specialist in the supermarket who says she likes your latest jumper!

I'll just help you get into the Christmas spirit with a couple of photos of my wreath for the front door. A couple of months ago I bought a cute little bunny ornament who was wearing ice skates and had a hat and scarf made of sparkly silver tinsel. Mike rolled his eyes at the concept but I ignored him as clearly an ice-skating bunny just had to come home with me.

I designed the whole wreath around him but guess what? As I was attaching the cord to hang the wreath the pin came out of his head and he crashed to the ground (stone tiles) and lost his face and 2 legs. Hey ho! Thankfully I had a sparkly silver butterfly to pin on instead but I do miss my bunny as he was dangling down inside the centre of the wreath and looked super-cute.

This is very different from my usual offerings which are very traditional using holly and berries with bright red ribbon. 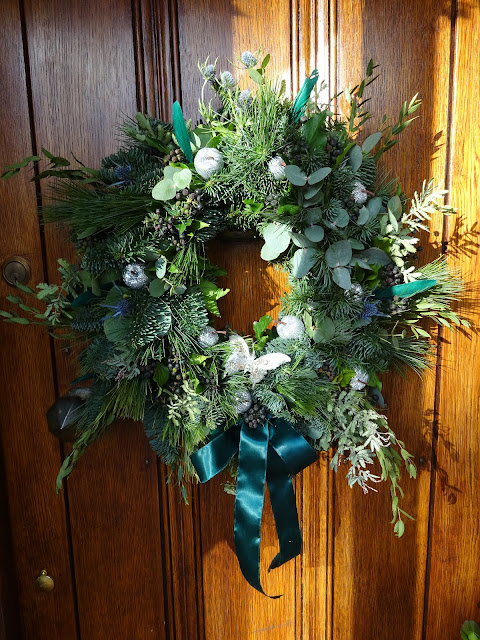 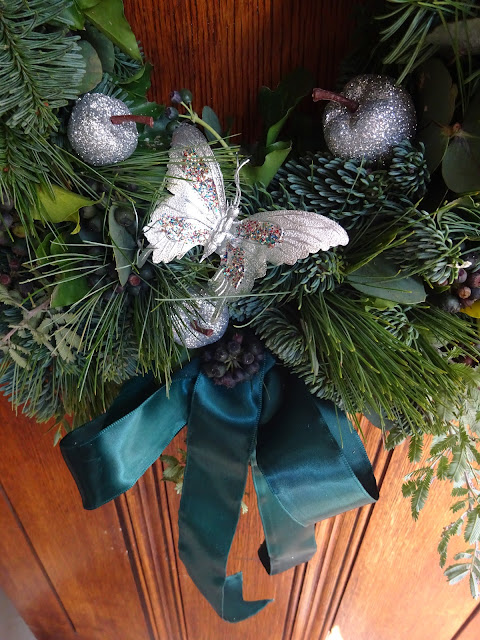 Now it's time for the walk. We Brits always moan about the weather don't we and I was heartily fed up of rain and mud so when the sun peeped out last week we just had to go and make the most of it. I was so glad that we did as Rye Harbour was breathtakingly beautiful and I took loads of photos plus we spent some time in one of the hides watching the wildfowl whilst enjoying our flask of coffee with some homemade banana cake. I'll let the photos do the talking: 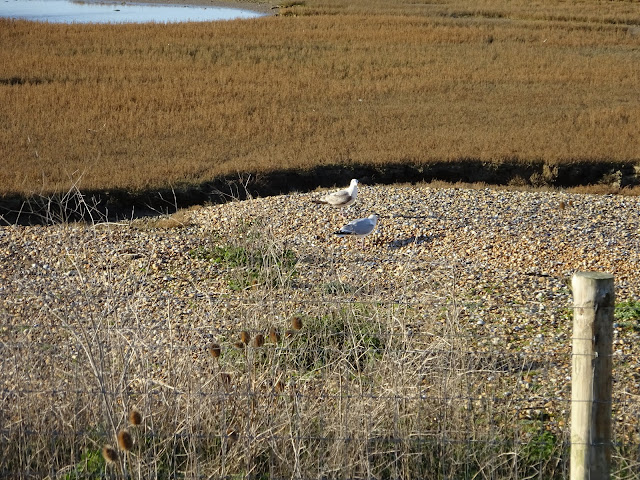 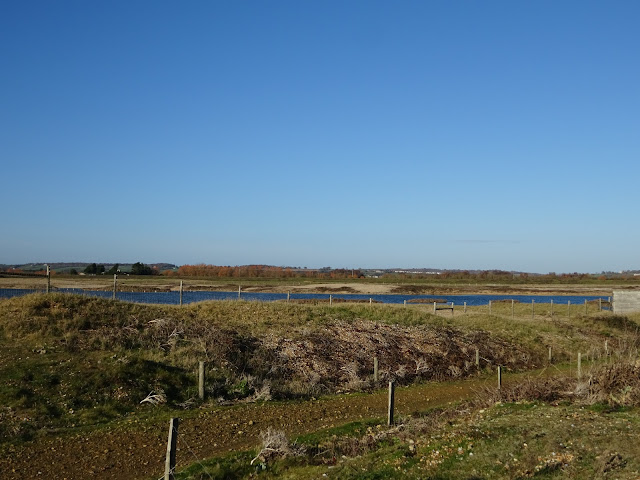 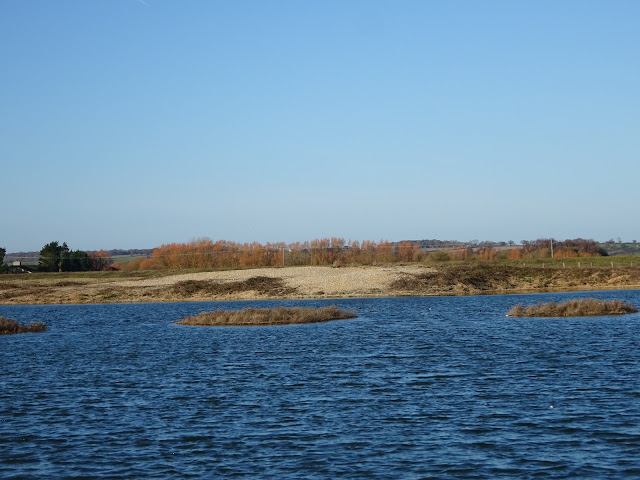 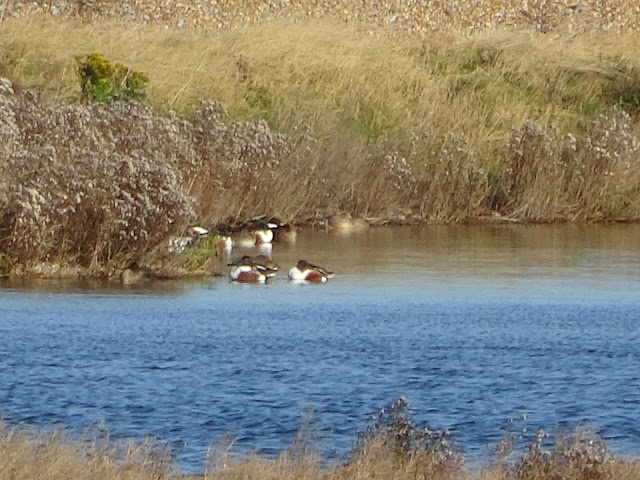 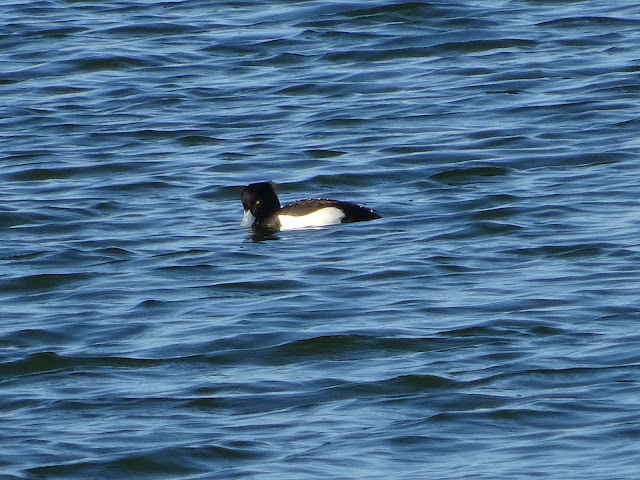 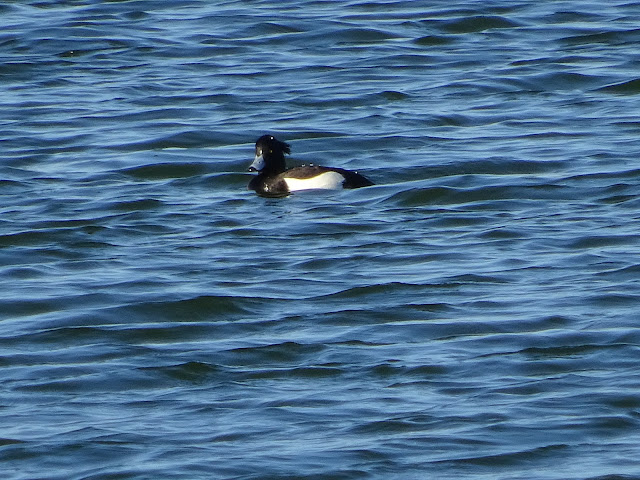 After coffee we headed along the path towards Winchelsea but on the way back we went down onto the beach as the tide was far enough out. 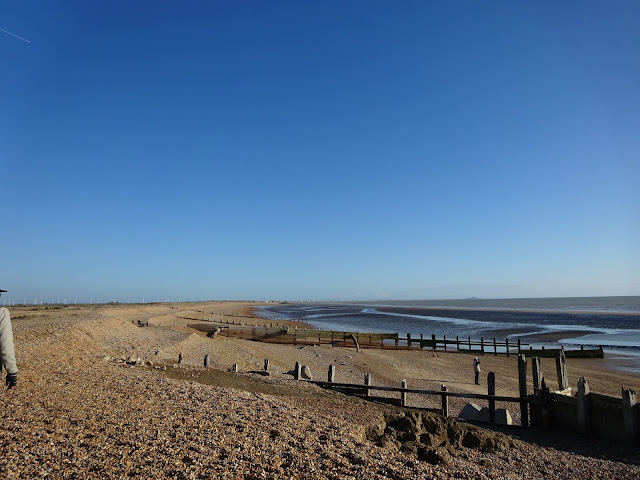 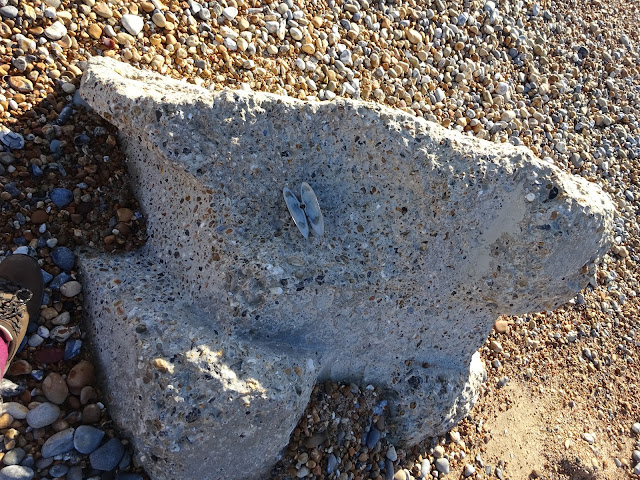 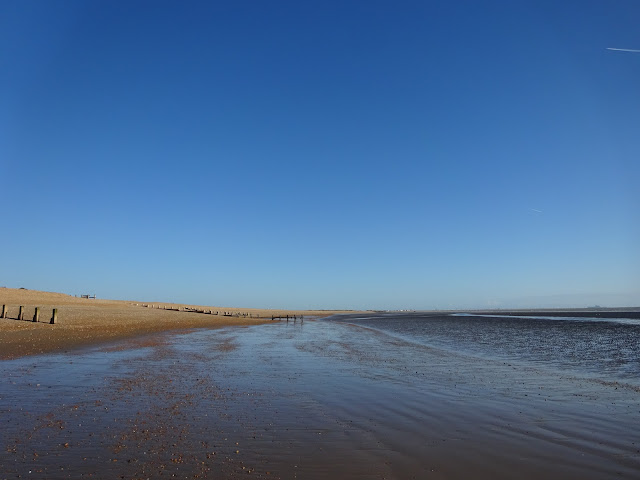 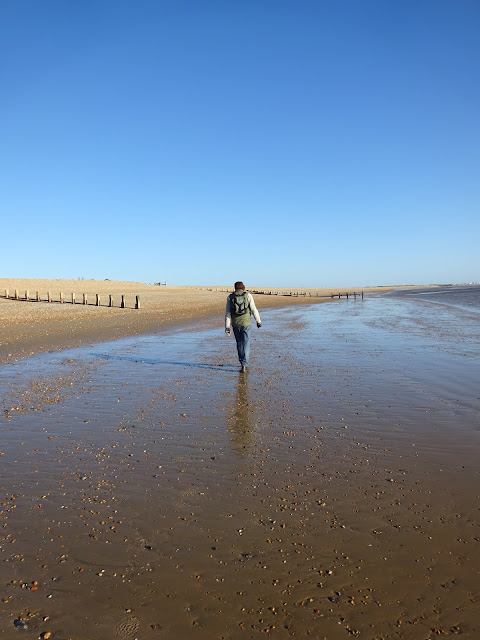 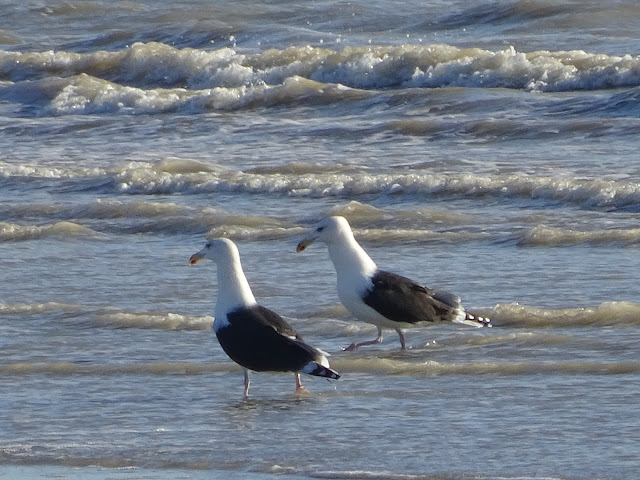 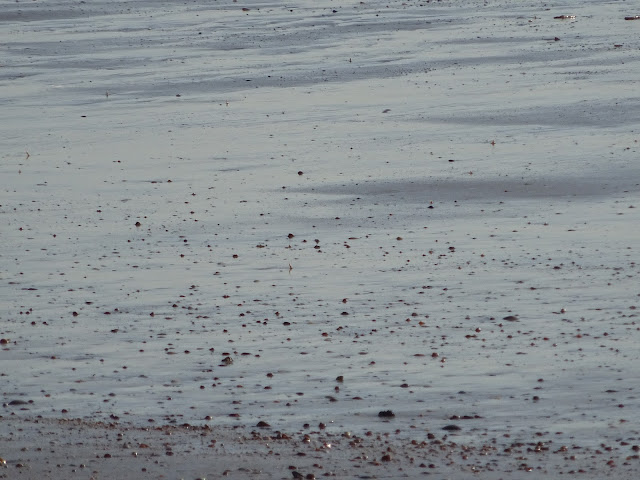 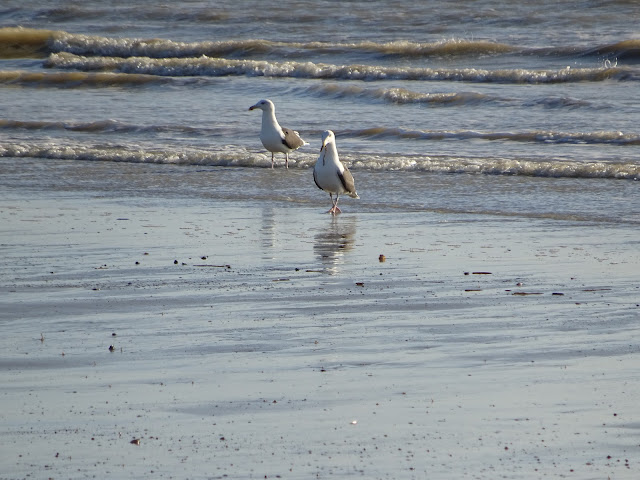 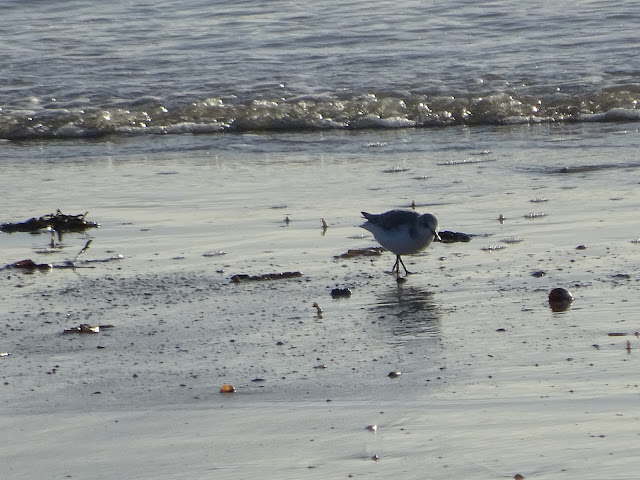 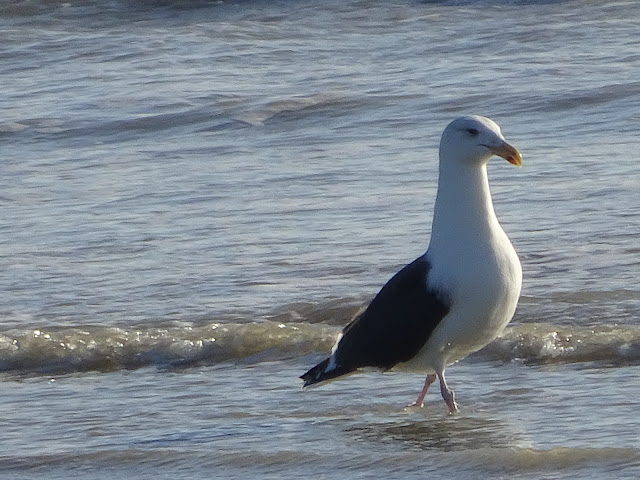 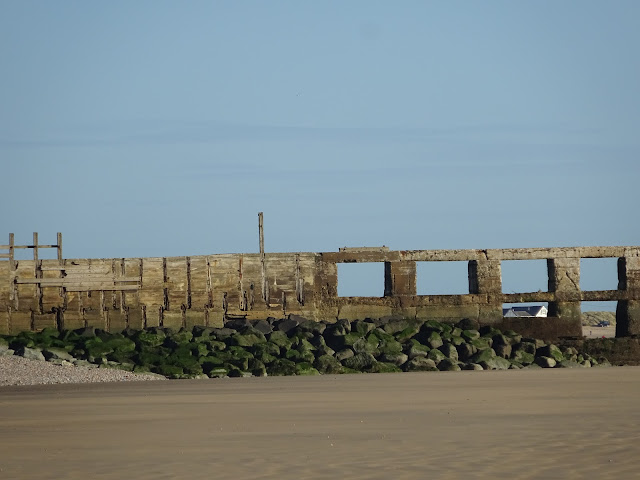 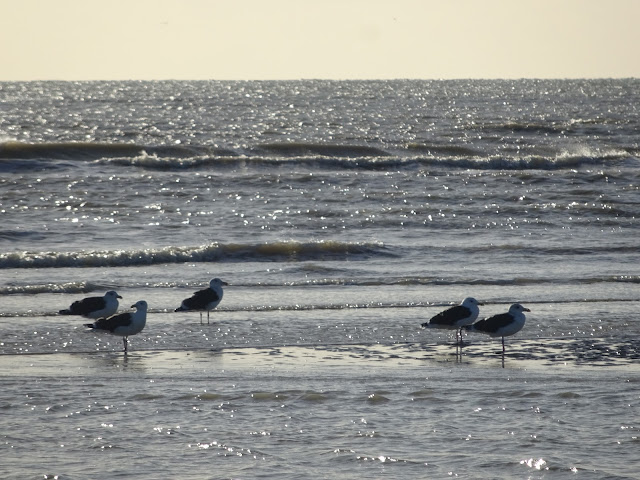 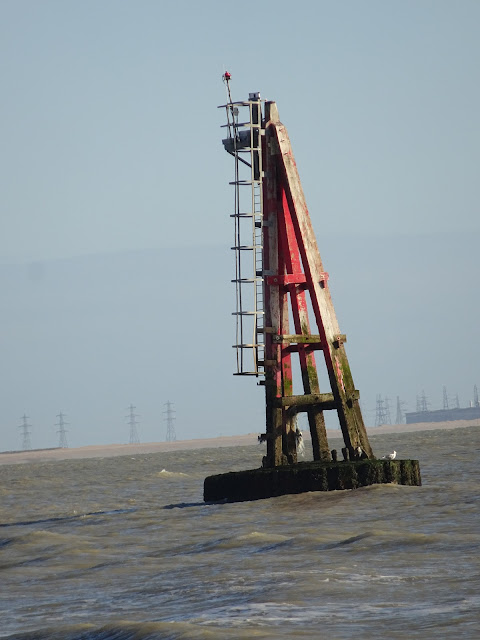 That was a lovely morning out and certainly blew the cobwebs away.

These were the last 2 days in the 10in10 Challenges I wrote about in my last post. Both were at the same venue, Betteshanger Country Park where I celebrated my 100th marathon last year and I thought we'd be running the same trail route.

However, when Traviss and Rachel had arrived at the venue they found that part of our usual route had been cordoned off due to the ongoing reorganisation and so we weren't able to access one of the paths.

This meant Traviss had to create a new route in a different area and with only a couple of hours in which to do it I think he did a grand job! When he announced the route, which had shorter laps, there was a collective groan but it was actually a very pleasing route and I managed a good time on it.

At the start there were the usual announcements but there was also a very special one as Sophie Goodwin became the youngest person ever to complete 100 marathons as she was 21 years and 156 (I think) days and earned herself a Guinness World Record. What an amazing achievement for one so young!

As we set off I felt really good, as the route was much quicker and had less hills, so good that I pushed extra hard reaching 16.5 miles in 3 hours, 1.5 miles more than the week before, went through marathon distance in 4:55 and finished 28.5 miles in 5:20. The next day we were back to most of the usual route with hills and mud but I still felt very strong and finished 31.1 miles in 6:28 which was very pleasing as it was very muddy with fog/heavy drizzle for the 2nd half.

I was very pleased with how my legs felt both days and had a lovely catch-up with my running chums with lots of chatter en-route which helped pass the miles. So that's marathons 131 & 132 in the bag. Onwards and upwards. 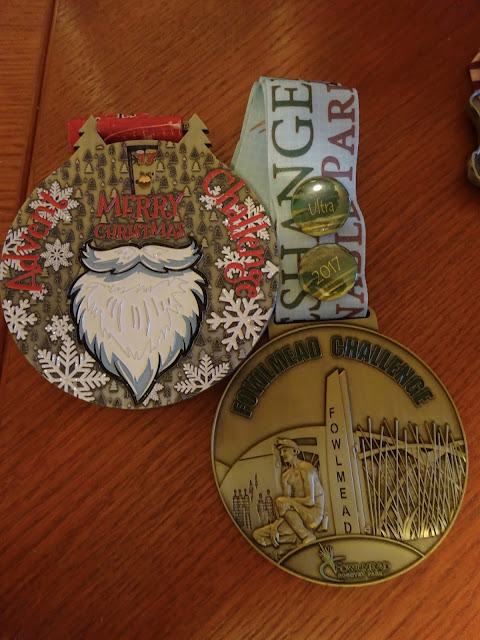 Shame about the bunny - and the butterfly seems to have got its antennas in a twist. Another nice post with lots of relevant photographs, so I was able to go along with you, enjoying the scenery and the birds.
I'll say nothing about your latest ultras. You put me to shame!

love the wreath. After reading about your ultras I shall go get on the treadmill for a couple of miles...cold and dark here...
Julie

Dear Mr Fox, if you'd been shoved in a box with assorted Xmas decoration for decades then your antennae would be in a twist too! Love from silver butterfly ;-)

Julie, thank you. If the weather by you is as grotty as it is here (no snow but galeforce winds and torrential rain) then the dreadmill is the sensible option. Stay safe.

I came across an article about Geoff Oliver on runandbecome.com. He'd been taking part in a 24 hour event and failed by around 200yds to reach 100 miles. He'd just turned 80 at the time - about the same age as me but a lot more talented.
Apologies if I upset the lovely silver butterfly. Please ask her forgive me.......

Oh my goodness he nearly went sub 24 hours in a 100 miler at 80? Wow, that's amazing! Silver butterfly has forgiven you x

Here is an article about Geoff Oliver's 24 hour race achievement at Tooting Bec in 2013. His actual distance covered was 94 miles, 1108 yards. https://www.runandbecome.com/london-running-news/geoff-oliver-rewrites-80-ultra-record-books Dunno where I got the 100 miles from. Must have been dreaming!
Correction: Geoff is not a member of the 100 Marathon Club, he is/was a member of the 100km Association. I should have known for I spent enough time gazing at the distinctive badge on his back when I raced him a couple of times in London......
Have a wonderful Christmas.