I have some craft things to show but need to get up to date with the end of year stuff first. I know I often say this but there truly are not enough hours in the day. How anyone can be bored is beyond my comprehension as there are so many things I want to do!


Tilly and I spent a lot of time re-organising my office/craft room space too make it more manageable and relevant.

I have a couple of bookcases in my room which have been used for paperwork and business things for many years but are now being used to store some of my craft things. We found these plastic boxes complete with lids for a bargain price and they were a perfect fit for the shelves.

I already had some larger boxes which will remain in a cupboard but it was really inspiring to gather things together in groups with the added bonus of being able to see at a glance what's in each box. I am going to stick rigidly to my pledge to use only things I have already with only charity projects being the exception.

My bunnies sit on top of the lower unit and watch what I'm up to. The rather dog-eared looking peachy-pink coloured one has been with me since I was a baby. I've tried washing him but he still looks grubby. The only one which isn't a bunny is at the back on the left. It's a cat which belonged to my mum and it has a wind-up mechanism to play a sweet little tune - the cat moves it's head as the music plays and I was mesmerised by this when I was a youngster. 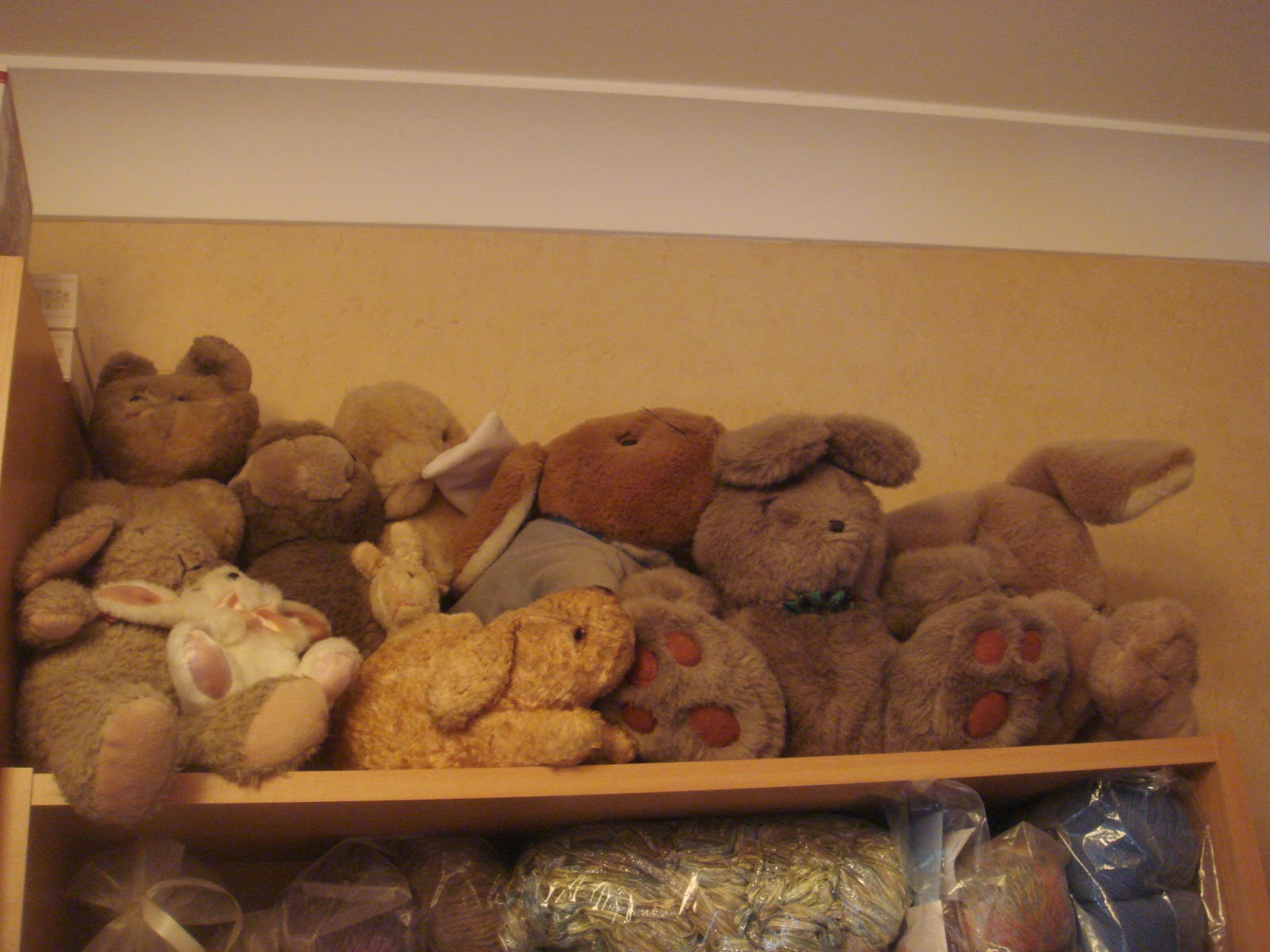 Mike made me a medal rack when I first started running but I need an extra one now as I've got quite a few medals! He's promised to make me another one to go above my desk when I've finished re-organising everything.


Our pretty Amaryllis has excelled herself this year with the first spike producing 6 flowers! I think it's a variety named 'Flamingo' as it's a very pale and delicate shade of pink. These flowers are starting to fade now and the second spike is growing daily so I expect we'll get another show soon. 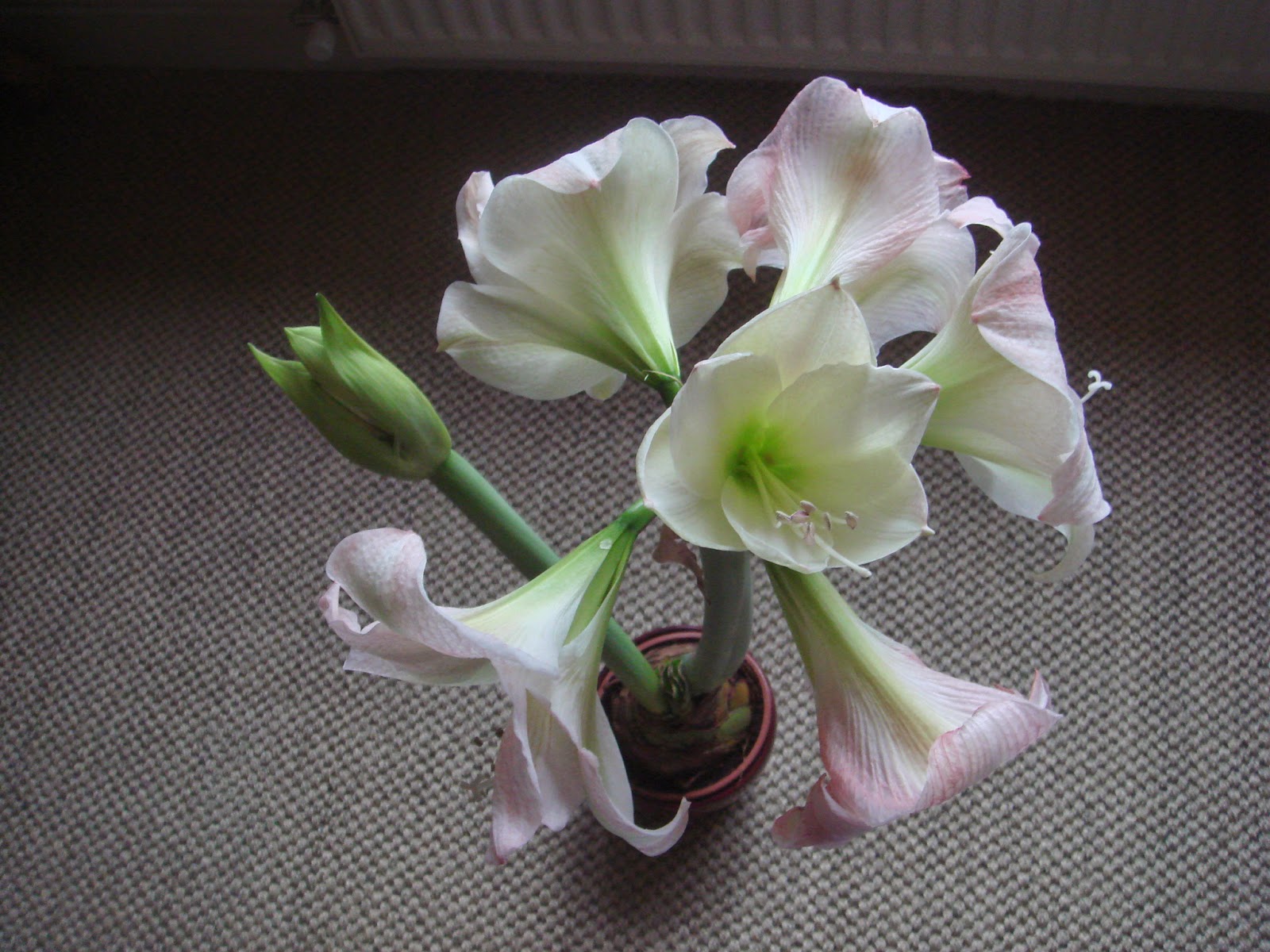 These dried flowers are all from the front garden. When I prune I save flowerheads, seedheads and sometimes just foliage as they are so attractive. There are over 20 different varieties in this vase. 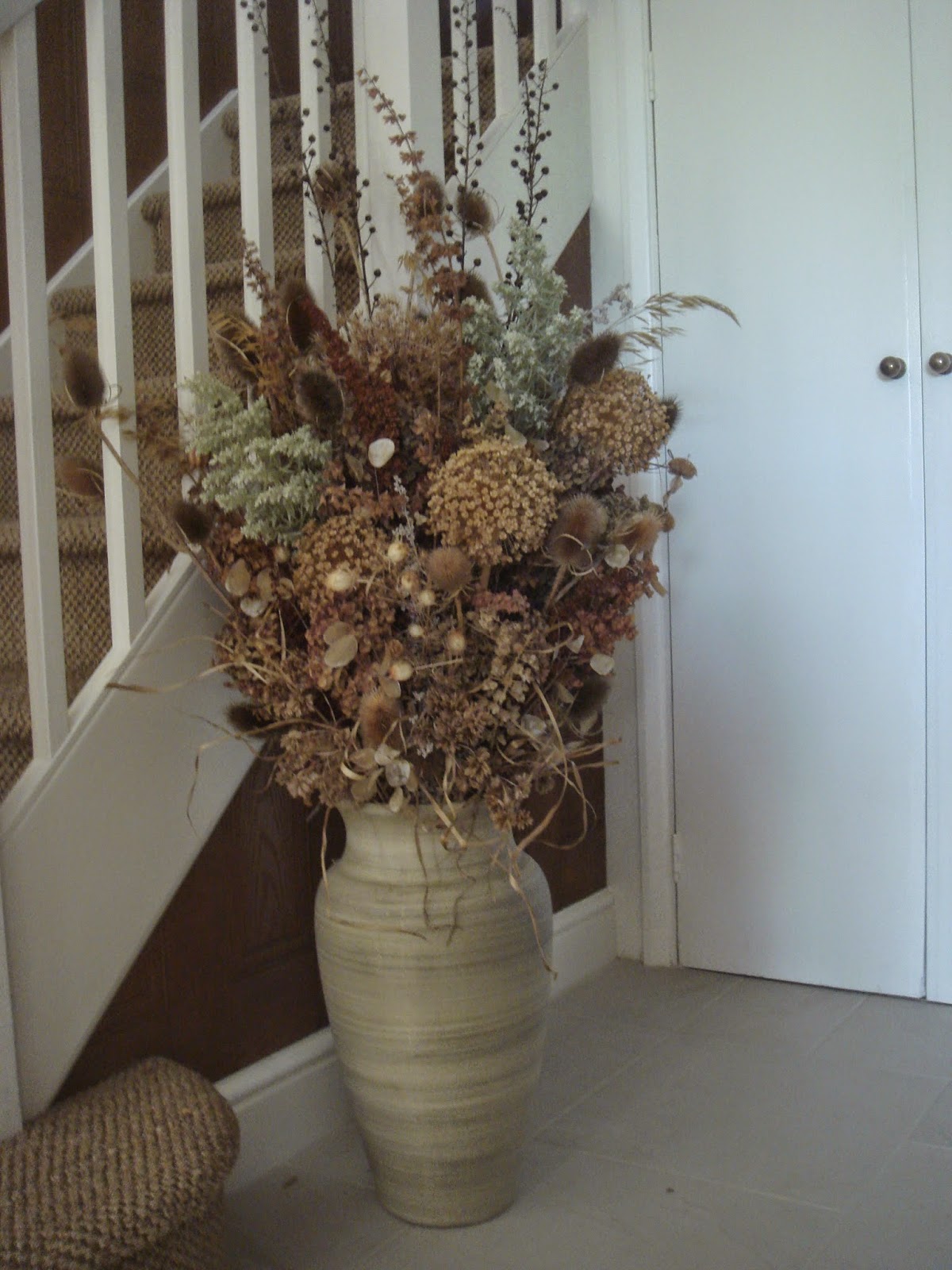 Although very sweet, not all creatures are a welcome sight in the garden, especially when they've managed to climb into the seed-feeder on the window. Tilly brought this young rat to my attention when she suddenly leapt off my lap whilst I was knitting and launched herself at the window. The rat was undeterred and continued nibbling the grain!

At first I was surprised that the rat had managed to get up the wall into the feeder. Then I realised he must have climbed up the branches of a potted shrub nearby. That has now been moved well out of the way. 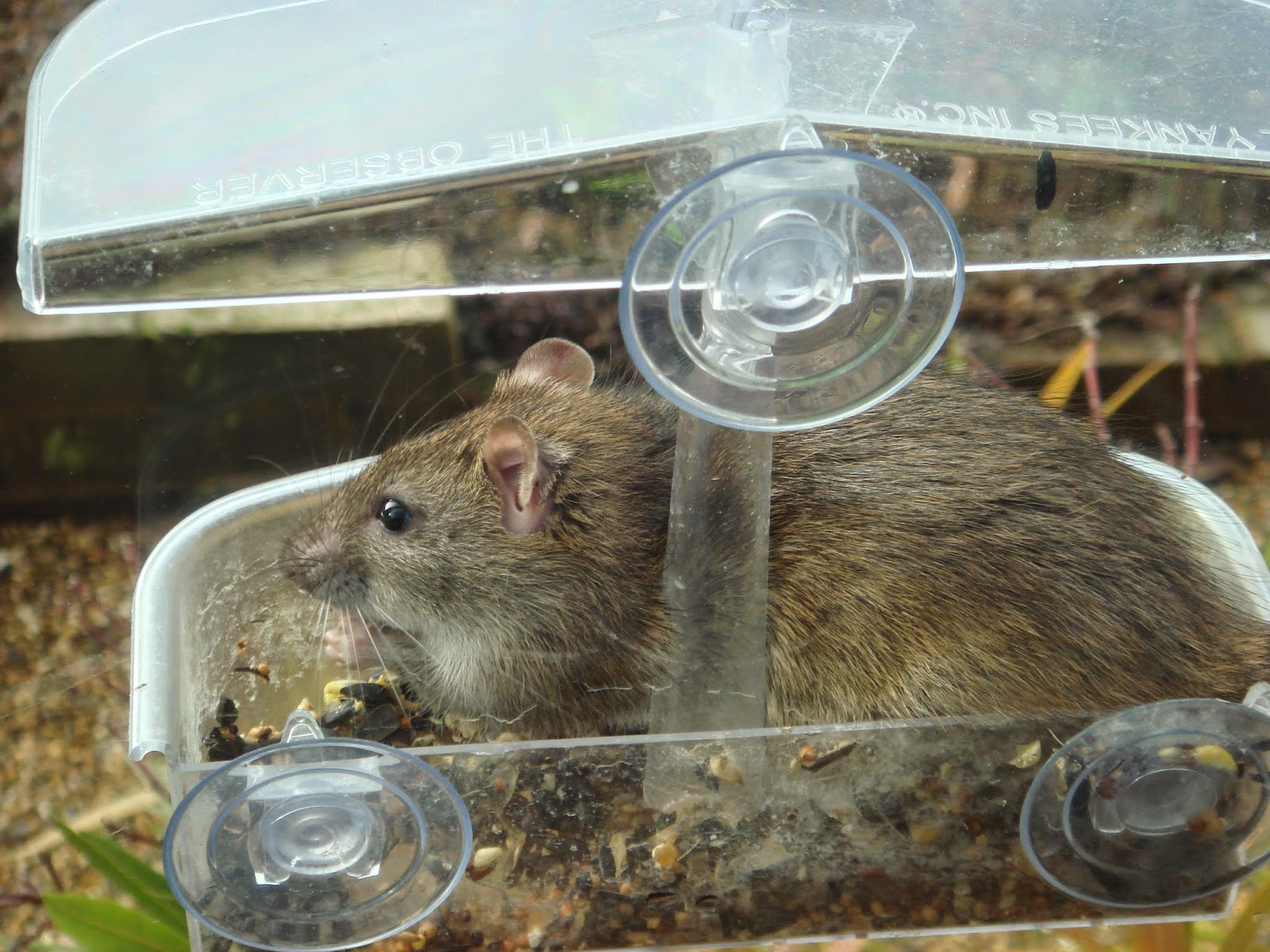 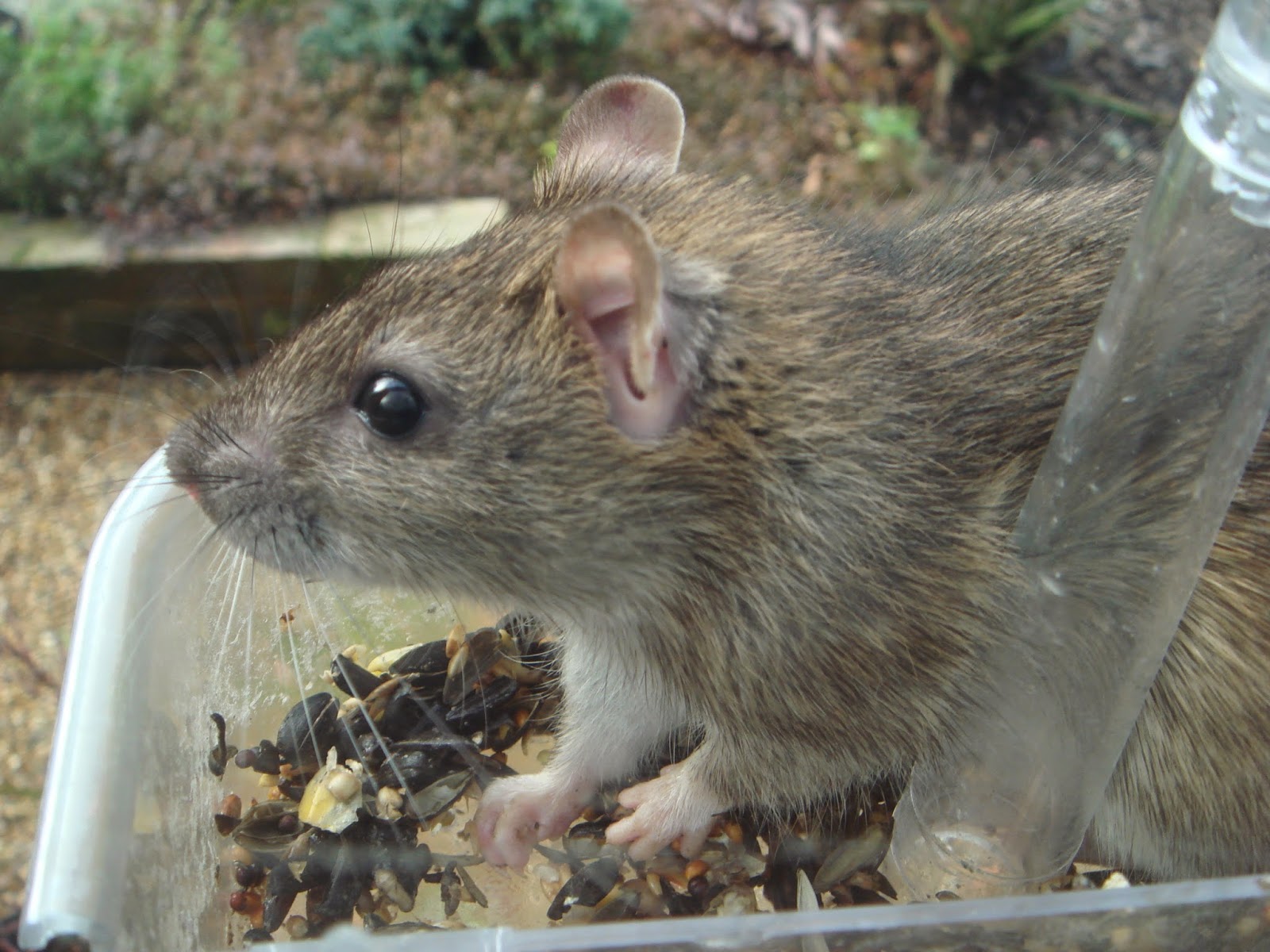 Right, I think that's 2014 finished so my next post will be about my last trip into London for an interesting meeting about dementia research held at the Royal College of Physicians.
Posted by Susie Hewer at 2:54 AM

He is rather a beautiful rat isn't he? Singularly they are nice I think, but to have many of them scurrying about uninvited is less nice to think about.

Yes, he is beautiful. The problem is when they get in the barn and into the horse feed or hay as their urine spreads diseases unfortunately.