Last night we announced the results of our entry into South and South East in Bloom to the rest of the Bloomers team. It was unfortunate that 8 of our helpers were away on holiday but we were anxious to let everybody know as soon as possible so we went ahead anyway.

A few dedicated people came along to hear the results and they were thrilled when Maggie announced our success!


But quite apart from the overall success of our entry, Maggie and I wanted to acknowledge those people who had made an  extra special effort to make it such a success. Some of them were on holiday but we were delighted that others were able to join us on the evening:

The White Dog Inn
For being so welcoming, allowing us to hold our meetings in the pub and for their outstanding display of hanging baskets and their 2 herb troughs. We took their certificate along to the pub later (Hic!).

The Churchyard Team, St James the Great
For maintaining the environment around the Church to a very high standard with a small but dedicated band of volunteers.

The Ewhurst Green Residents Association
Steered by Marc Stevenson, Wally Close and many others they showed us that if you really want something enough then with true grit and determination you can get it!

Kent & East Sussex Railway, Bodiam Station
For maintaining a truly delightful garden at the entrance to the station and preserving the heritage of hopping and the age of steam both locally and nationally.

Wally and Ruth Close
For their dedication in getting the perfect design for the village sign agreed, their fabulously colourful front garden and for 'getting stuck in' at every opportunity! 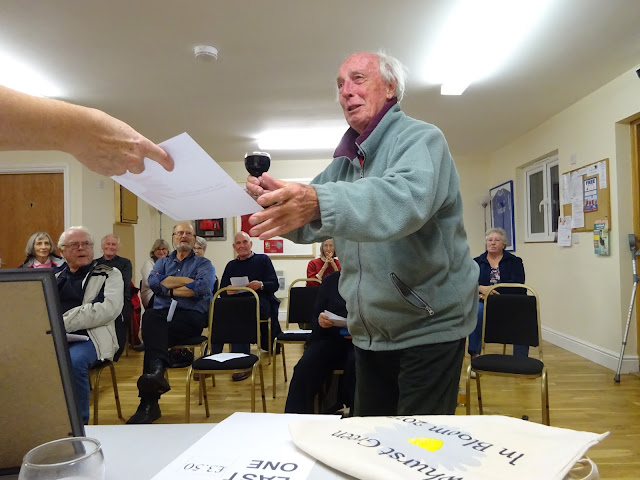 Jenny & Brian Havill
For being so supportive of our entry, Brian's chauffeuring duties and the loan of their beautiful pots for outside the Herdman pavilion.

John and Heather Raw
For their generous help in clearing the area around the bus shelter.

Paul and Mary Lester
For the restoration of their front garden to a design contemporaneous with their house. We dropped in their certificate on our way to the pub and they were absolutely delighted to receive it!

Frankie Dunlop
For creating an attractive cottage garden in the short time since she moved to the village.

Glenys Griffiths
For designing the elements within the wonderful new village sign and for her small but immaculately maintained front garden. 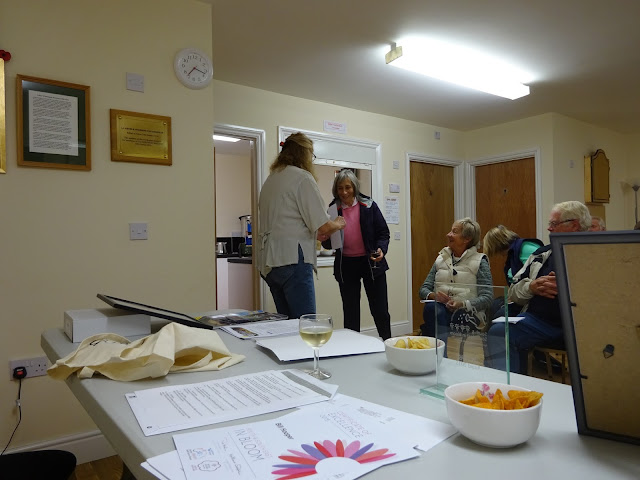 Bill Hooper
For stepping in and offering to sort anything out whether it be replacing broken fencing at the Churchyard or repairing the turf along the edge of The Green. 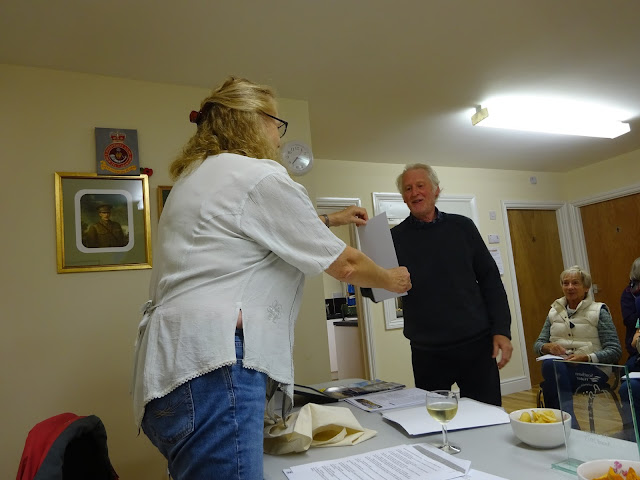 We only had a limited number of certificates to give out but there were many others who'd worked hard at the different elements so here are a few more who deserve special thanks: Jennie and Peter Lynam who helped at almost every working group, Gill Neal for cleaning up the bus shelter (not a pleasant job!), Mike Hewer who set out to strim the edges of the orchard but ended up strimming almost all of the rough grass amongst the trees when Maggie's tractor got stuck, Sylvie Perkins who braved the heavy rain alongside me to trim the verges whilst the others wimped out and took refuge in the Herdman Pavilion (!!!), Sally and David Bowles for carting away all the rubbish we piled up on the verges by the Bus Shelter and last but not least everyone who came along to help out on the day the judges visited and for putting on such a wonderful spread for lunch.

In fact, a massive thank you to everyone who helped out with any of the working parties. Maggie and I were delighted by the response.

After the presentation, Maggie outlined some of the plans for next year and we set a date for our next meeting before tidying up and either heading for home or the pub.

Now it's time to start planning for next year.
Posted by Susie Hewer at 6:00 AM