My quest to actually get a decent photo of our foxy visitor is finally over.  He appeared out of the blue as Tilly was lying in the doorway of the music room with the patio doors flung wide open and I happened to walk past on my way to grab a coffee.  He stood in the middle of the lawn and stared at us.  We stared back, trying not to move an inch, then as quickly as he'd appeared he disappeared into the undergrowth   I didn't have the camera with me so I thought it was a missed opportunity.

I grabbed my coffee and stuck the camera in my pocket just in case he reappeared then sat working on my Frida's Flowers (photos later).  Soon after I'd sat down he made his appearance (sorry they're a teeny bit fuzzy but I was on full zoom): 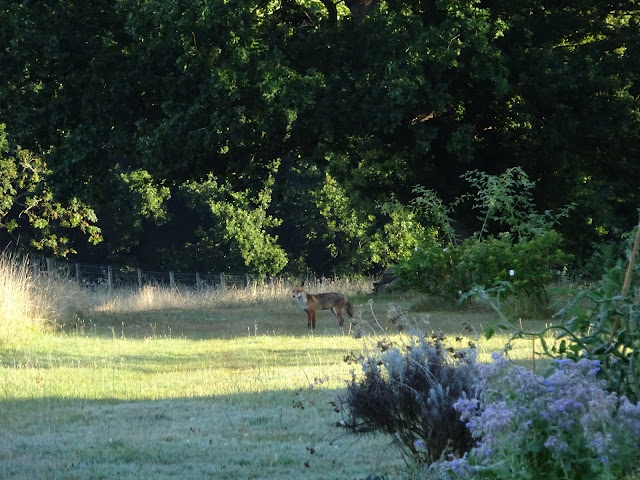 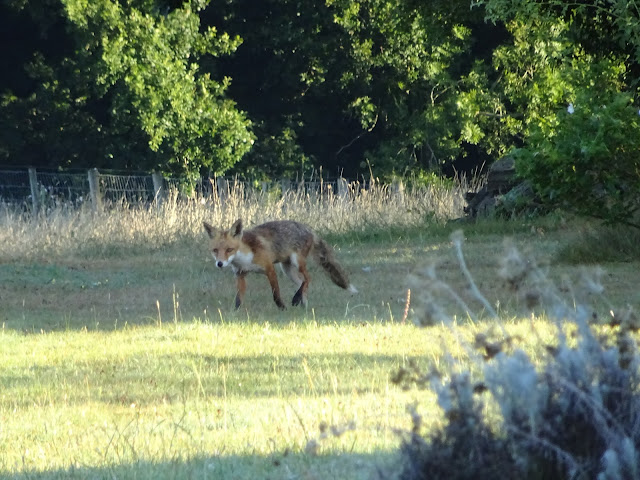 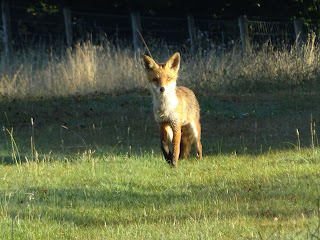 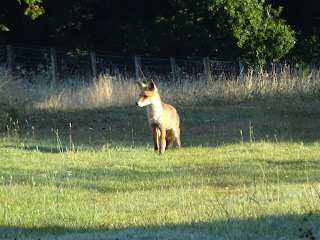 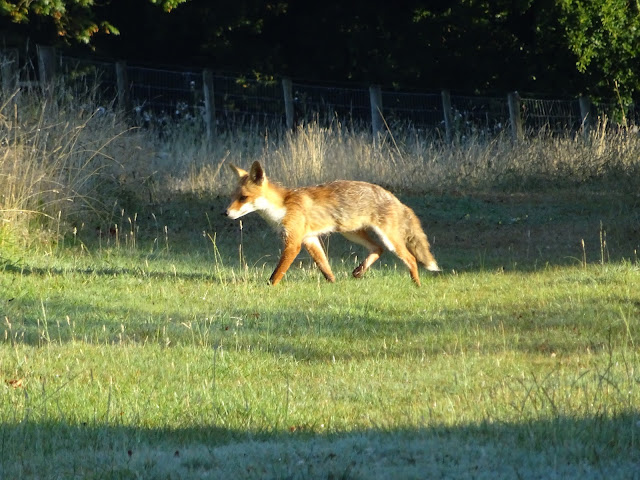 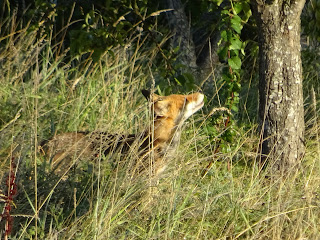 He loves going scrumping for windfalls in the orchard but he also enjoys jumping up at the lower branches to make the fruit fall!

Now back to Frida's Flowers which is all joined together and just needs the edging finishing:

We draped it over the back of the chair to see which way round we preferred it:

I wondered about doing a fancy border but thought it would take the attention away from the motifs so am just doing a plain stripey border as Jane's instructions suggest.  I'm using the navy for the first and last stripes with bright red and salmony pink inbetween.  It's nearly finished so just needs a quick soaking and blocking.