Hoorah for the rain!

Oh my goodness we've had rain.  Lovely, penetrating rain all day yesterday and through the night with intermittent bursts this morning.  The garden is heaving a big sigh of relief but the hotter weather is due to reappear again very soon so I'm glad that the water butts are all filling up nicely.  The ponds are all really low though and I doubt the rainfall we've had will make much difference.

I ran a marathon yesterday and it rained quite heavily all the time but it was really refreshing and we were sheltered under the tree canopy for a lot of the time.  I did get soaked to the skin though!  I didn't take the camera with me so there aren't any photos and really it was rather unremarkable except to say it was nice to meet up with lots of running chums for a chat at the start.

The Race Director had to contend with people removing all the signs he'd put out the night before - when I arrived at what I thought was the start there were no signs at all and so I wandered along the road looking for clues only to have equally confused fellow runners pulling up alongside me in their cars!  As registration was from 7:30am onwards and it was already 7:45am it was rather worrying.  Sam and Jimi headed off in their car in one direction and I walked back the other way and spotted the RD erecting signs so it all worked out well in the end as by the time the boys had exhausted their search in the wrong direction all the signs were out.

It was interesting doing what I'd call an 'old school' marathon where the aid stations just have water on offer rather than a picnic and there wasn't a goody bag at the finish, although there were chocolate bars, jelly babies and crisps.  The medal was rather underwhelming too as it was one of the really cheap ones rather than the special bling to which we've become accustomed.  Still, it was an enjoyable route and it stretched out my legs nicely: 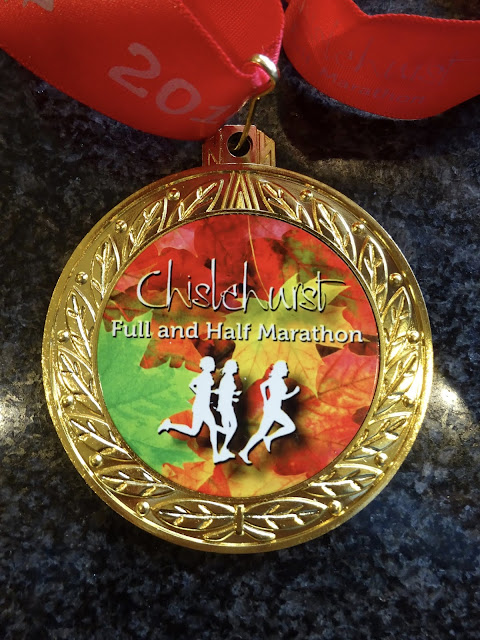 That was marathon 153 and I don't have anything booked in my diary for August yet because I was trying to avoid what I thought would be the hottest month - that worked well!

In other news I've finished all the hexies for Frida's Flowers: 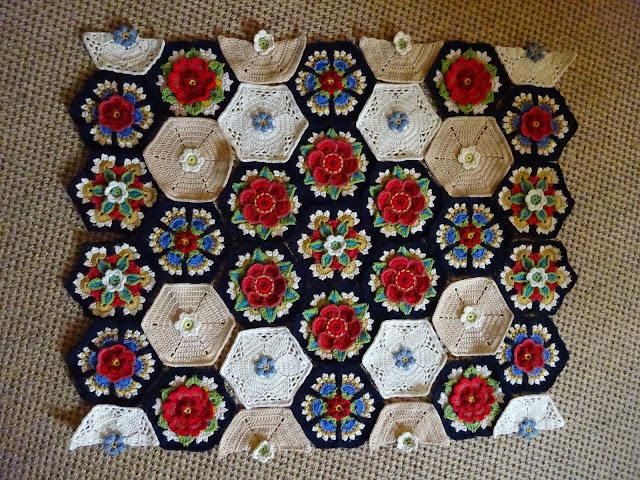 On the wildlife front there's just so much going on in the garden!  A young fox keeps appearing but manages to avoid my camera.  You might be able to spot him in the orchard grass: 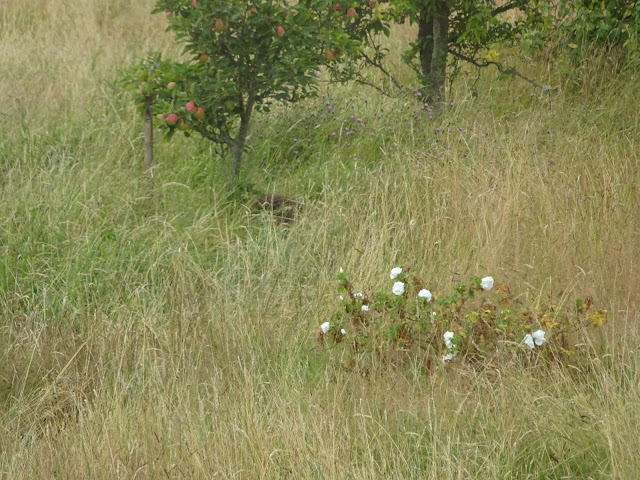 One evening we sat outside on the patio to cool down.

The badger makes an evening visit to the bird feeders to pick up any bits that have dropped so we wondered if we might see him.  He makes his way up the path through the wild part of the garden, heads across the top of the pond to his latrine (yes, he's dug a pit right in the middle of a walkway - nice!) and then wends his way through the apple trees towards the patio.  I spotted him coming up the path and we sat really still and quiet as we watched his progress through the garden never dreaming he would come right up the the patio with us there.

He appeared around the side of the fence, looked around, took a few steps forward, sniffing the grass in case there were any titbits, came ever closer until he was just 6 feet away from us by which time we were giggling like mad yet still he came!  He stopped right alongside us to finish off some stale bread we'd put out for the Rooks then made his way over to the bird feeders.

I didn't have the camera with me on that occasion but I did catch him from the bedroom window the next night as he polished off some leftover potatoes.  We've christened him Mr Snuffles even though we have no idea if he's a male or female. 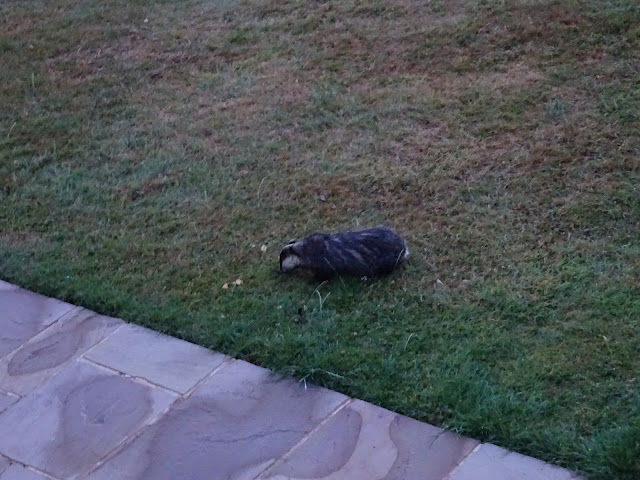 The bird feeders have been a hive of activity with the young birds learning how to get their treats, especially on the window feeder: 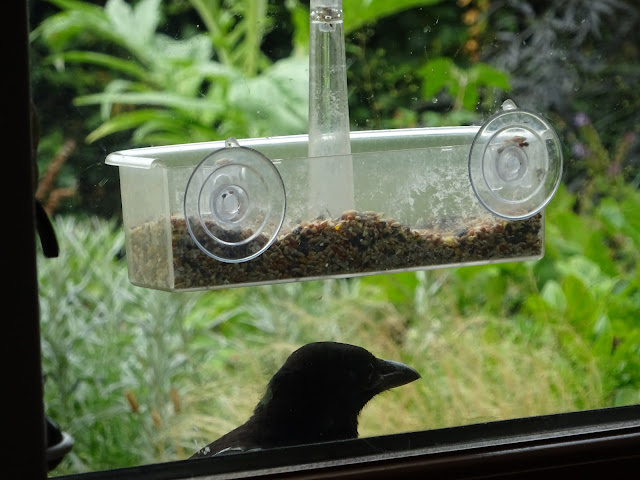 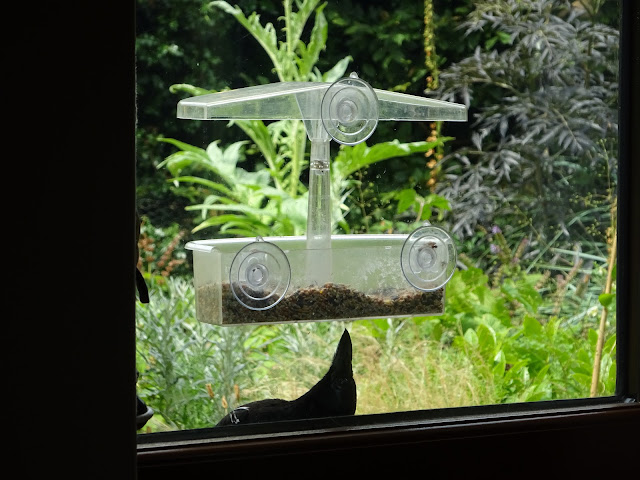 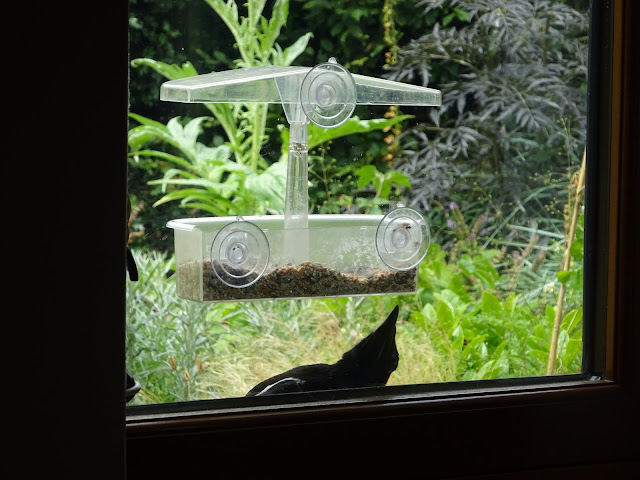 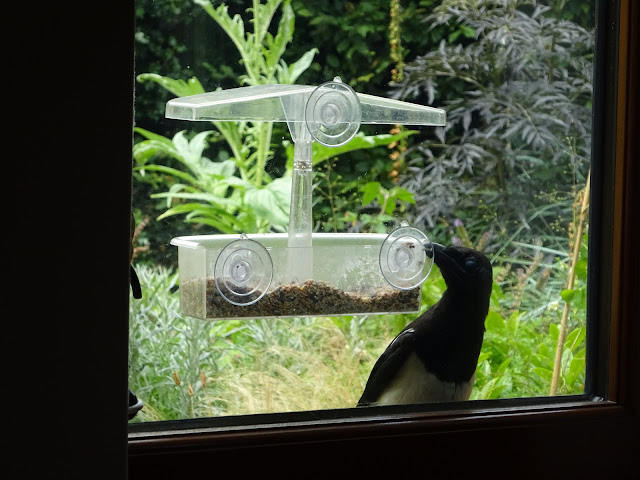 Whereas this young Starling had no trouble! 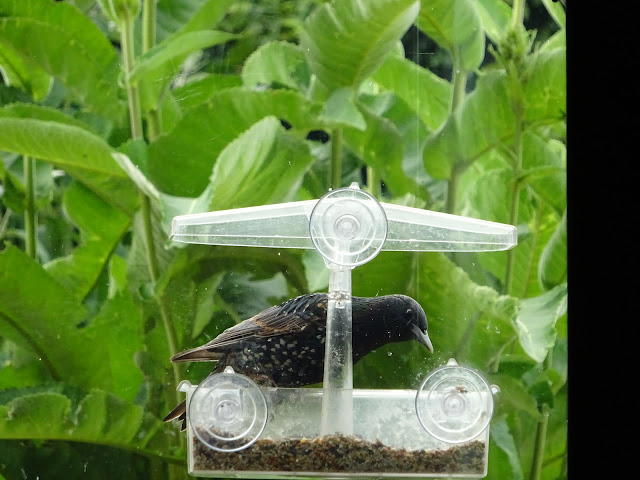 I could win a prize for boring everyone with my photos of visitors to the birdbaths!


Mr Woodpigeon is much more cautious and gets there in stages (Mrs Woodpigeon has a nest in the hedge so he's on guard duties):


I took this photo of the windmill early one morning as the mist filled the valley and was making its way up our field.

That same evening we sat outside and enjoyed the most glorious sunset. 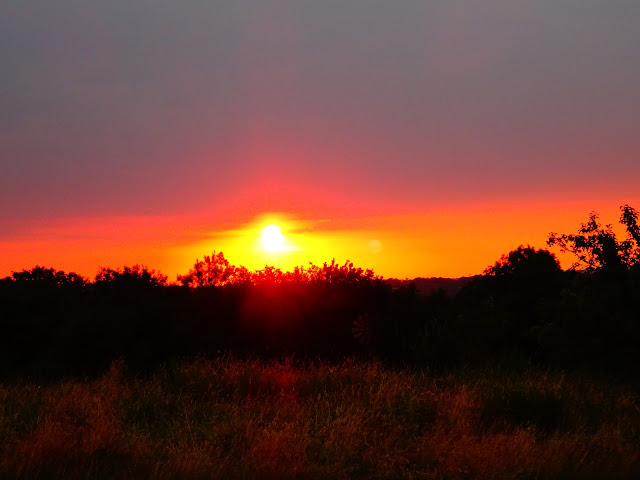 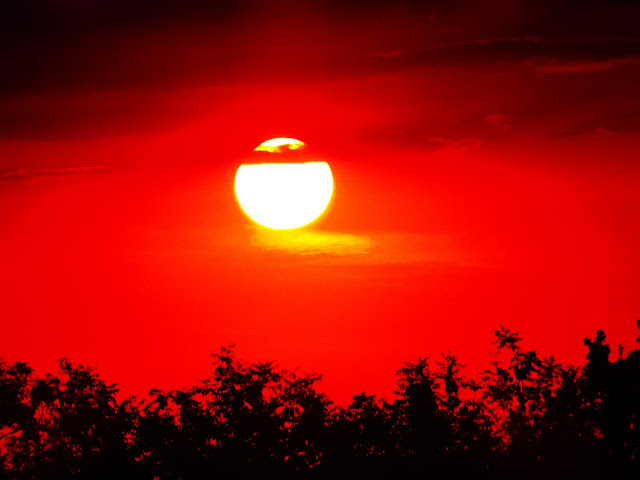 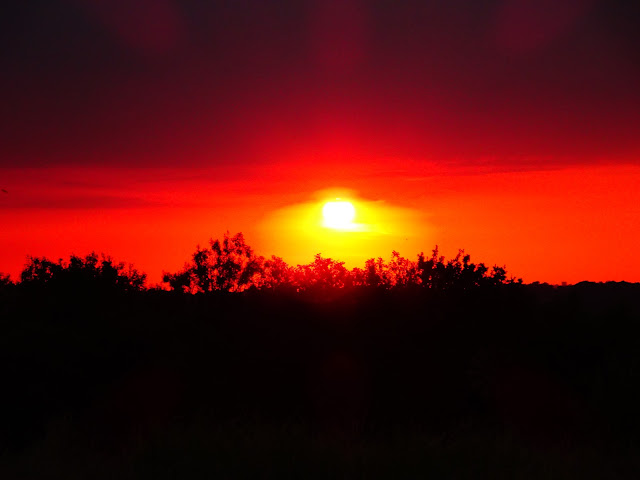 I have a couple more talks about dementia to give locally in the next couple of weeks but I can't stop thinking about the London marathon next year and keeping everything crossed that I manage to get a place.
Posted by Susie Hewer at 2:13 AM