What on earth does that mean I hear you cry? It's a wonderful German word I came across when I was learning to speak German ahead of the Salzburg marathon. It is constructed of 3 separate words and describes the feeling that time is passing and the chance to do things is slipping away. Its literal meaning is 'gate-closing panic' and dates back to the Middle Ages when peasants rushed to get back inside the city gates before they were closed at nightfall. I have that feeling in bucket-loads at the moment although I don't have the worry of being shut out of the citadel.

Funerals and the loss of dear friends this year have made me stop and think just how fragile life is and how easy it is to waste our precious time with procrastination and inertia. 2 of my close friends have died this year, another is being treated for breast cancer and I've just heard that another has been made redundant on top of what has been a ghastly year for her.

It's made me count my blessings. It's also made me start clearing out some of the stuff I've hoarded as I am a natural born hoarder having been brought up in a house of hoarders! Bags full of yarn have made their way to various Charity Shops and I think I'll put some on ebay as part of my latest fund-raising. Likewise clothes and shoes I haven't worn for ages but couldn't bear to part with. I could probably host a jumble sale with all the stuff I'm getting rid of but it's hard to find the time!

In my rummaging and sorting I found some memories of my first steps in running. I don't think I've written much about my first steps on here but in a nutshell, a close friend died of cancer and I found something called the Race for Life, a 5k women-only event to raise money for Cancer Research UK and decided I would do it in her memory. After we'd all fallen about laughing at the very idea of me running for anything other than a bus I headed off to the local gym. I started running on a treadmill and after what felt like 15 minutes I slowed the speed down to walking pace - I'd run for 3 minutes!  That's how my journey began.

This was in the very early stages of mum's dementia so Mike was able to keep an eye on her whilst I was out. Each day I'd head off down to the local gym, which was a 10 minute walk away, and run/walk on the treadmill until eventually I could run for a full 30 minutes.  Then I ran the race and raised money for Cancer Research UK which I continued to do several times more which in turn set in motion a series of events whereupon I discovered I was having my own dance with cancer: 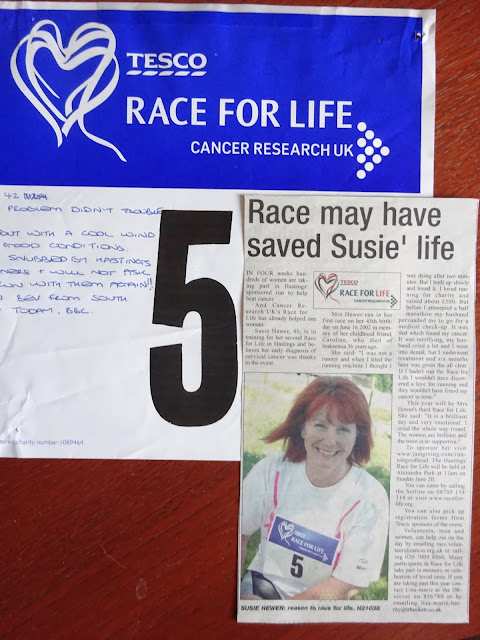 When mum went into the special nursing home for the last few months of her life I decided I was going to run a marathon. I was injured but I was determined to do it, and so I did: 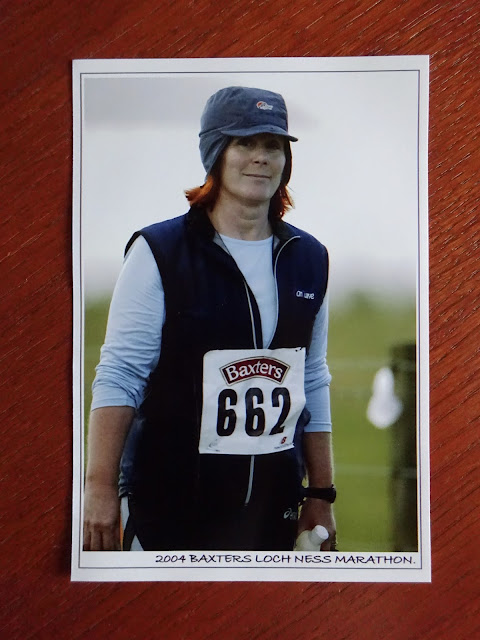 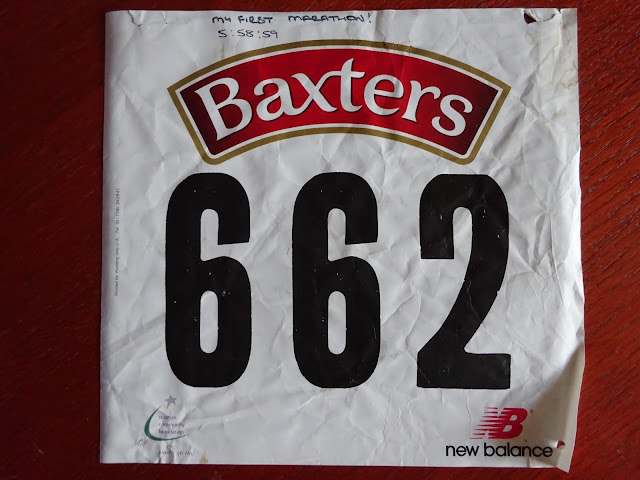 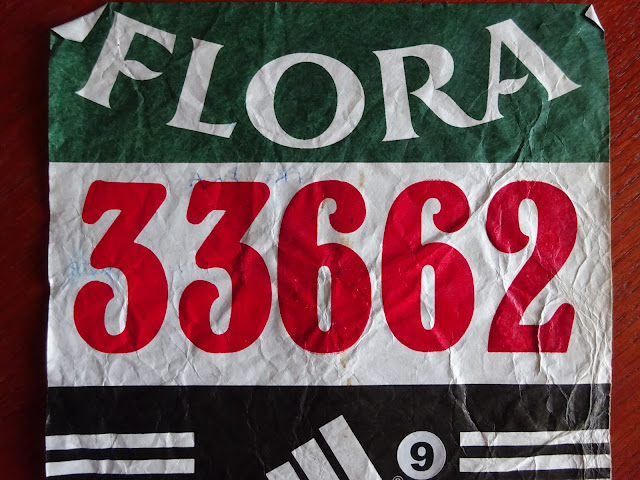 So here I am writing about marathon 162. Wow, who'd have thought I'd ever type something like that! This was another SVN event over at the old Betteshanger colliery now named Betteshanger Country Park. The weather had been vile the day before with torrential rain and gale-force wind so I thought it was going to be rather muddy and I was right: 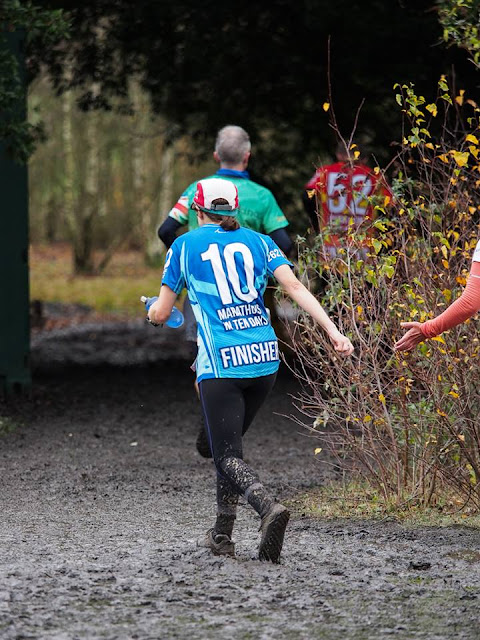 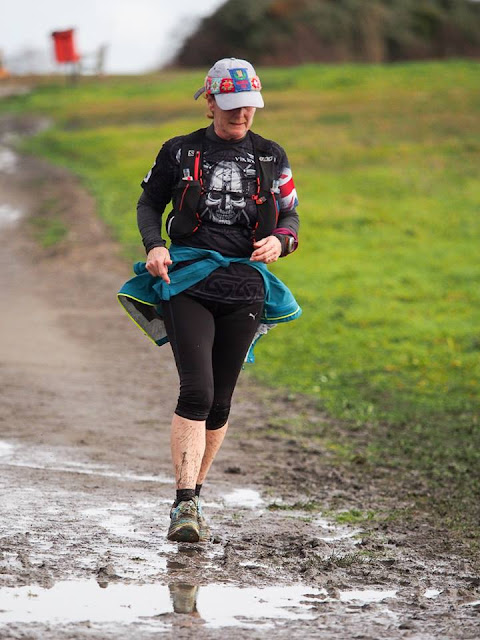 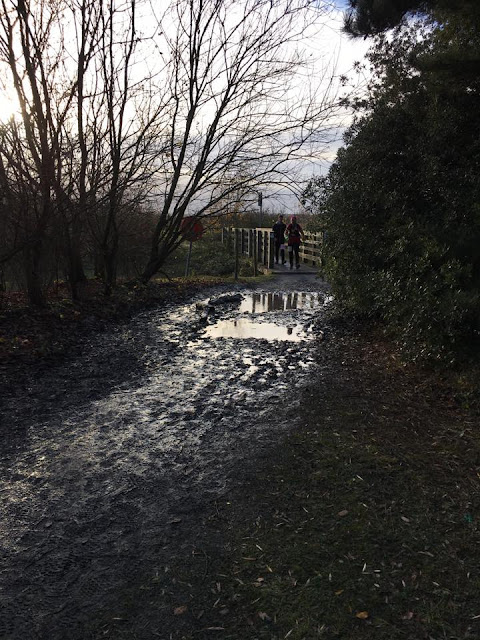 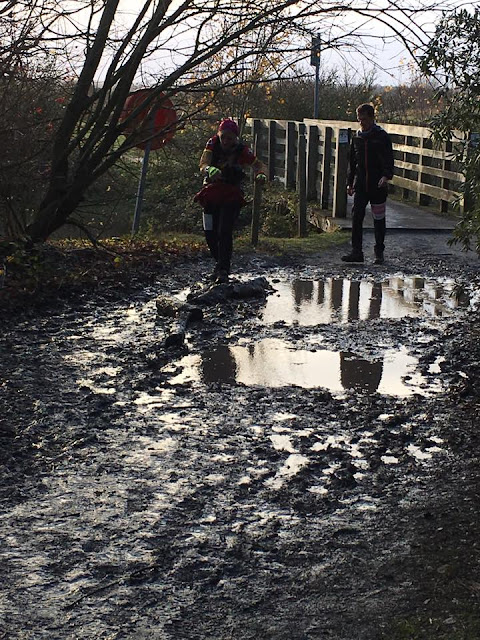 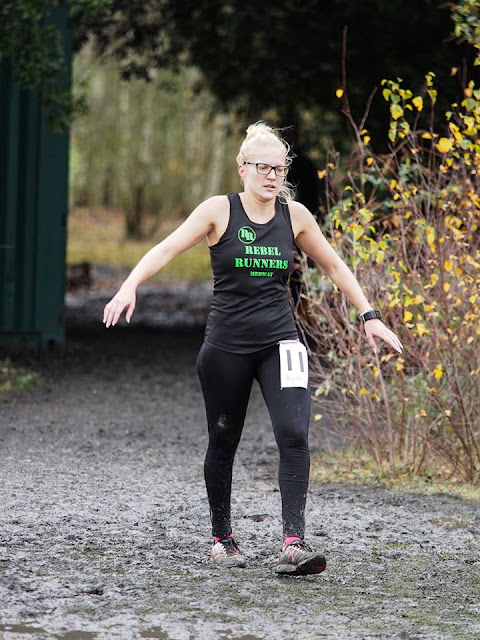 I was completely focused and just kept on and on pounding away as I wanted to be faster than at Samphire Hoe (5:15) so was delighted to find I'd finished in 5:07. 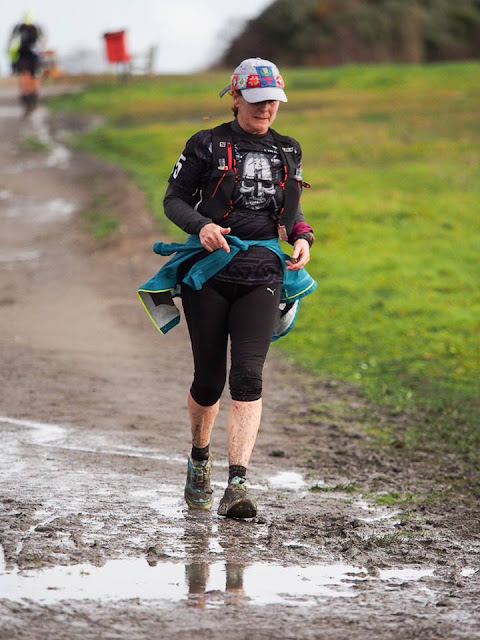 I also swapped my blue number for a girly pink one for having completed 2500 miles at their events: 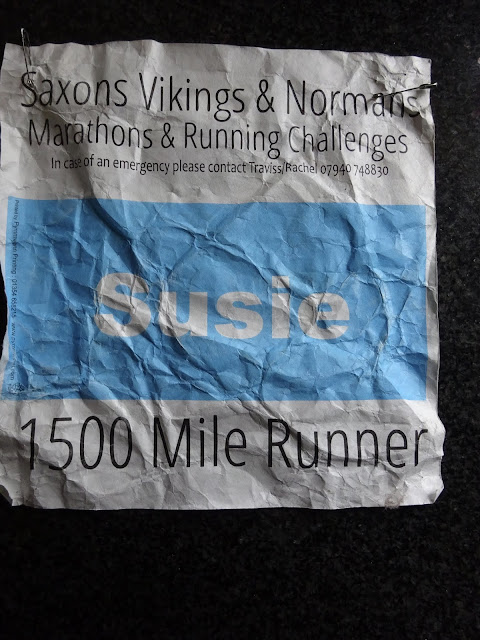 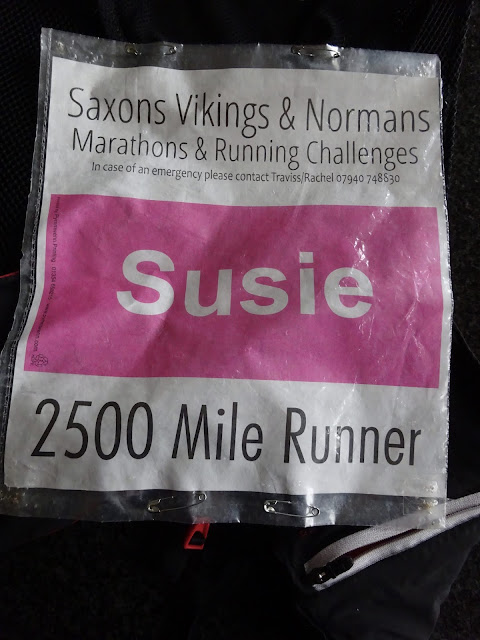 I've just got 2 more marathons to finish off 2018 then on 1st January the serious training begins and I've committed myself to tough a 90 day plan (gulp!).

Knitting wise I finished reworking the yoke of Hryggir and it's waiting patiently to be blocked whilst I finish off the last of my Christmas gift knitting (just a pair of leg-warmers and a hat left to do.....). A trip into a local village turned out to be more exciting than expected when I found a copy of the latest pompom quarterly which I'd spotted on Ravelry. 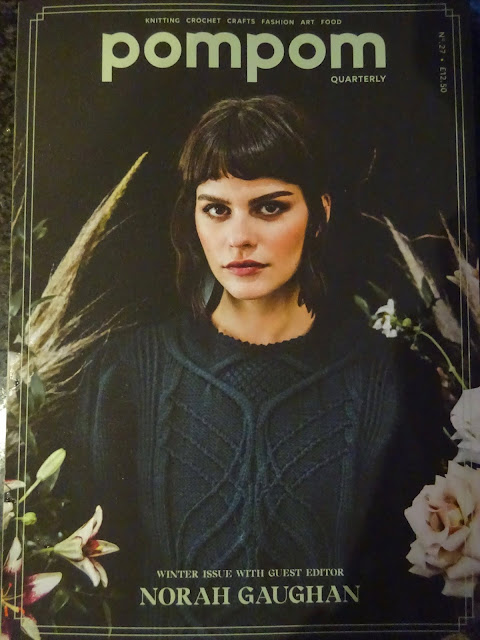 I'm also looking forward to the latest Knitting Club from Kate Davies which is called Knitting Seasons this year and starts in January. Entries opened at 5pm on a day when I was out and about and it really helped to focus my mind on getting through things quickly! Thankfully I made it back in time and was poised and ready to enter my details at 4:59pm and bagged my place in the Limited Edition version which includes lots of yarn at a discounted price. Not surprisingly those places went pdq and sadly many people were disappointed although there are still unlimited places for the basic package of books but without the yarn.

I've finally cracked the secret of using the Dutch Oven method of baking bread. Here's what I did:


Whilst we're in the kitchen I have to show my gorgeous red Christmas Cactus which has excelled itself this year: 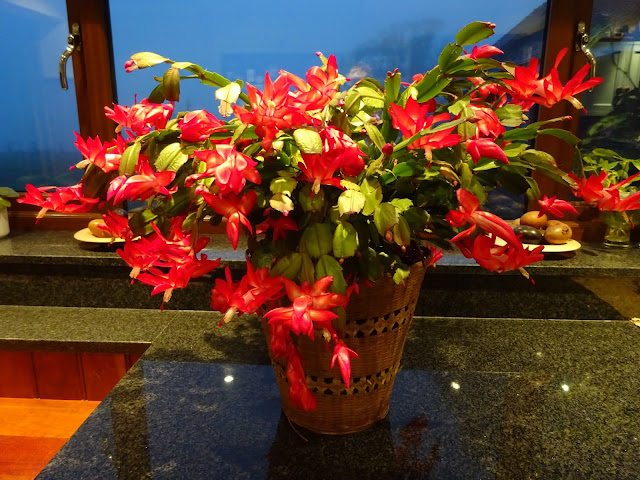 My goodness it's been wet recently and both ponds are close to overflowing. When the rain finally abated I was straight out for a wander around the garden to see what fungi had appeared and I wasn't disappointed: 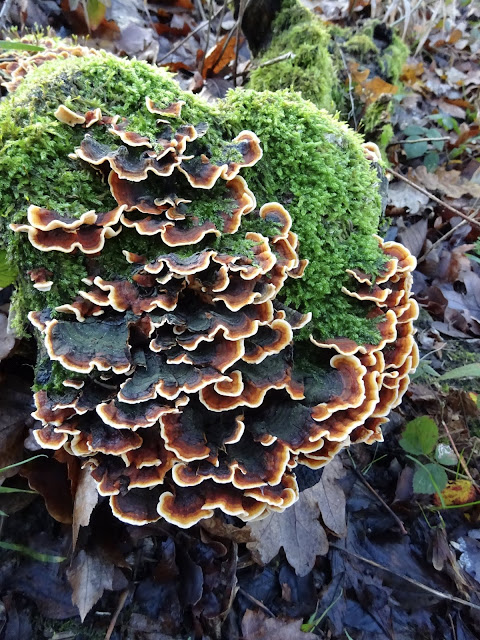 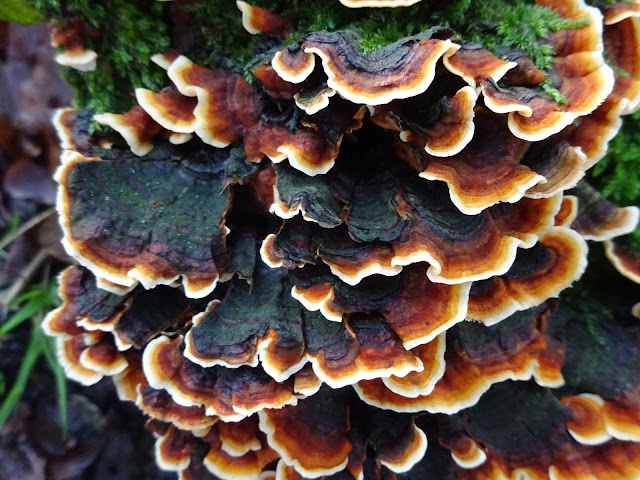 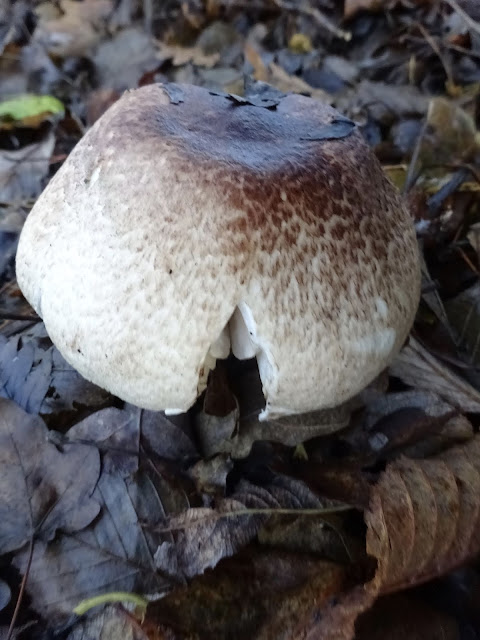 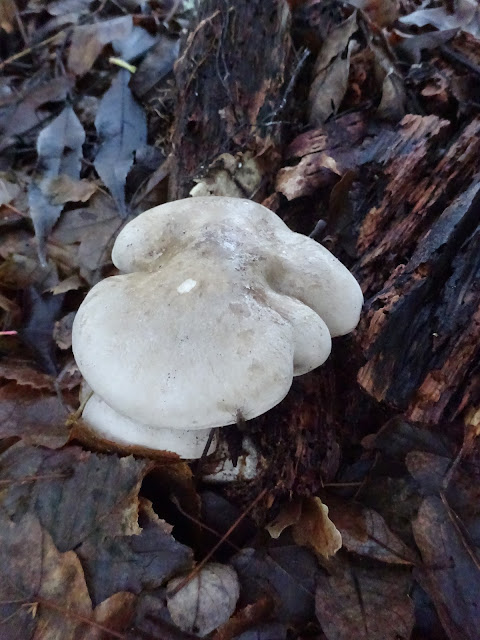 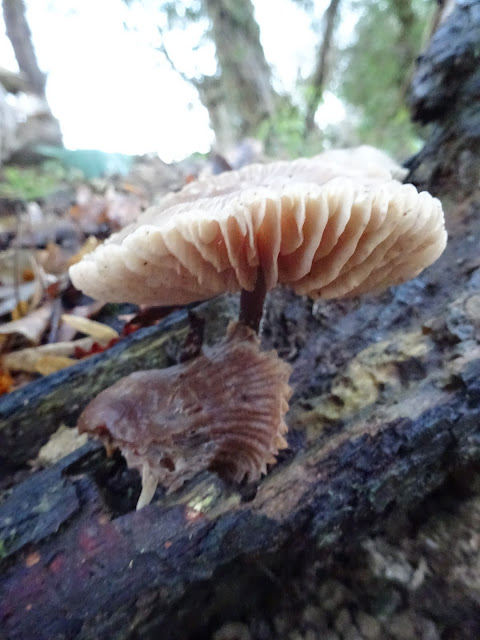 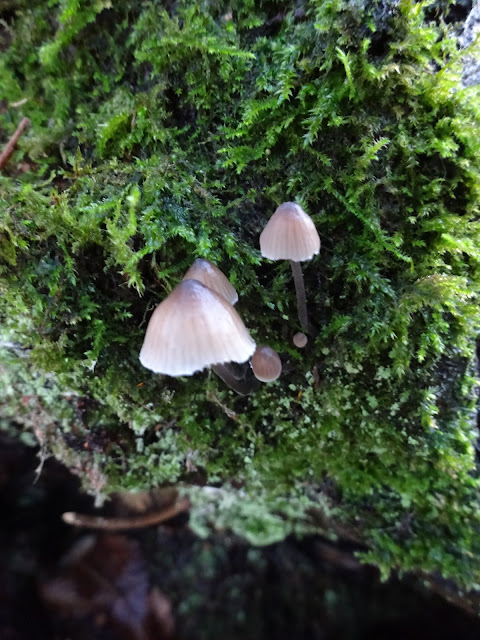 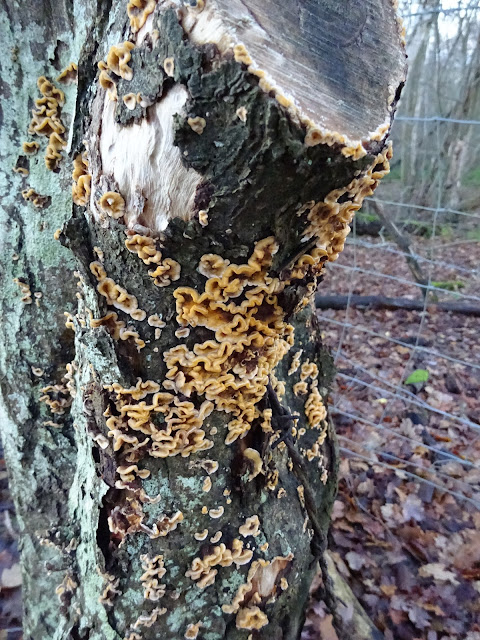 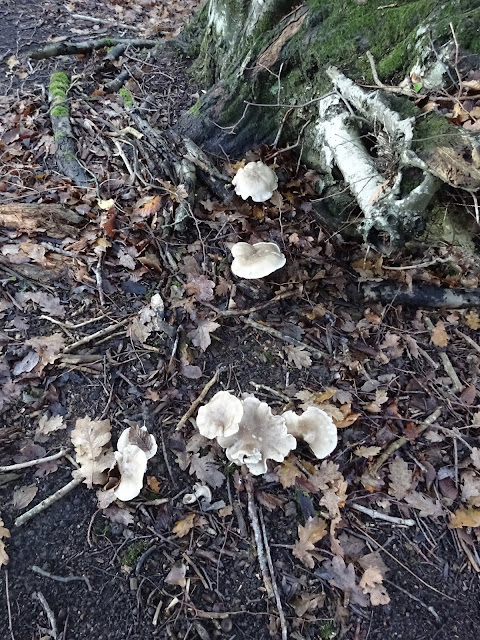 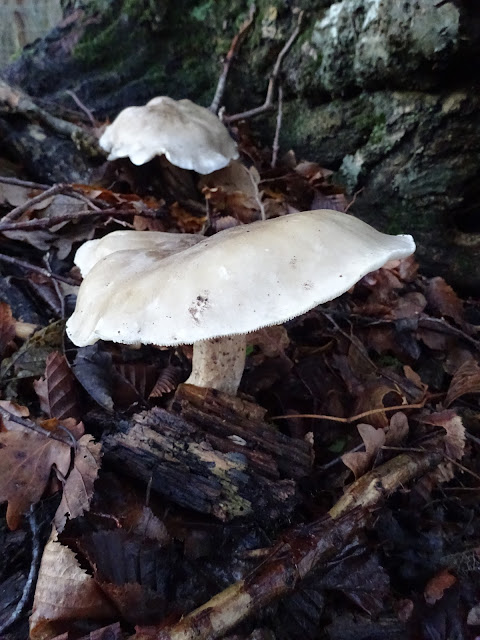 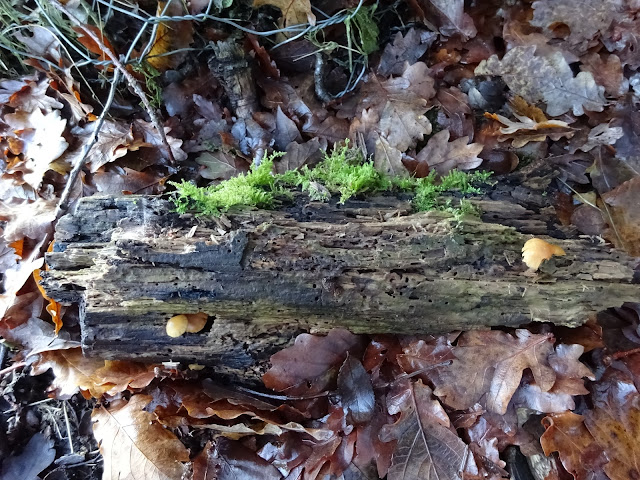 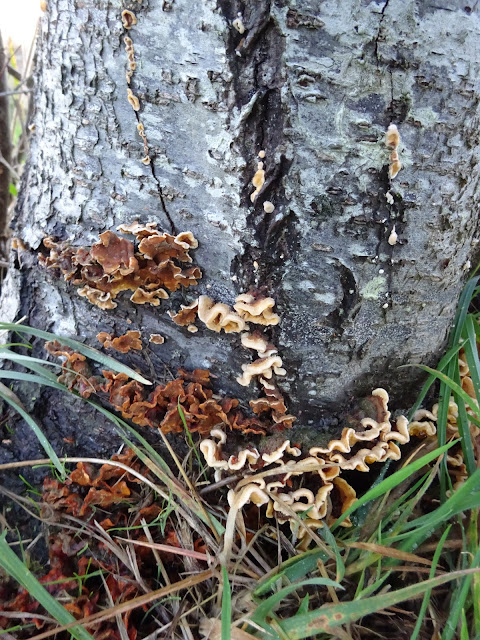 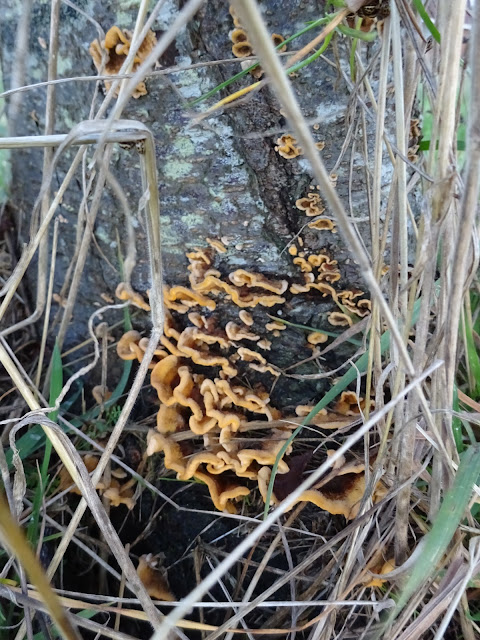 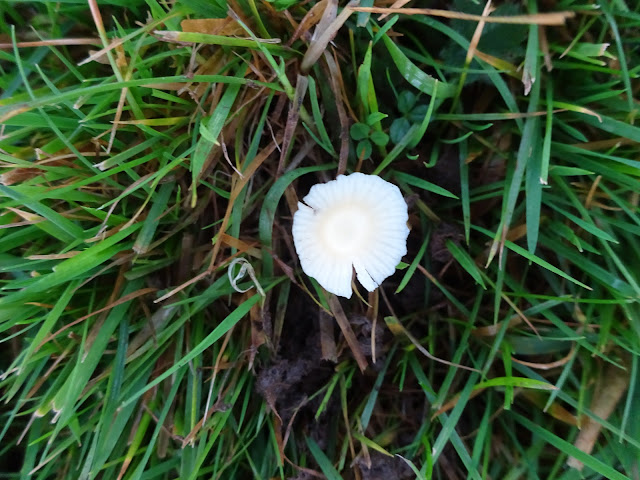 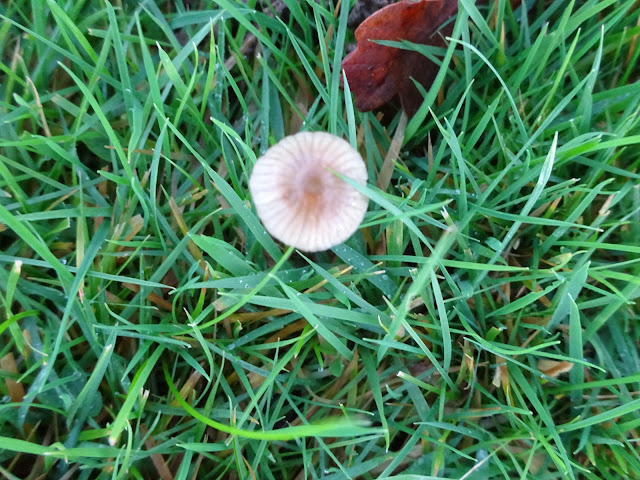 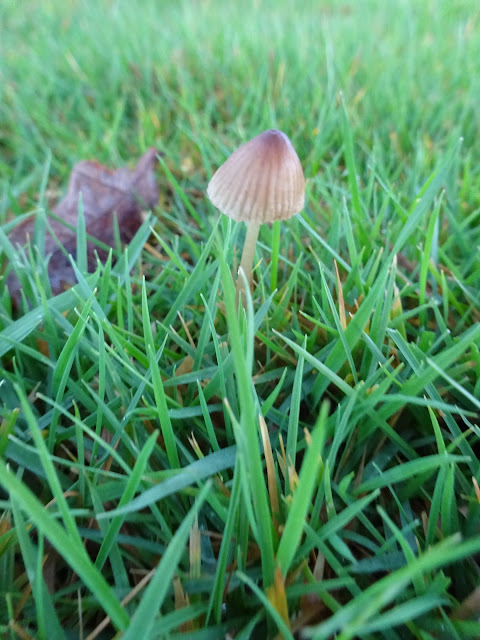