Near the end of the Eridge 10 mile trail race 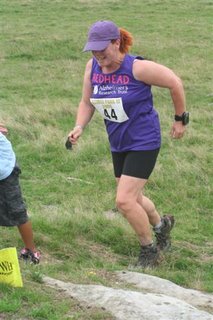