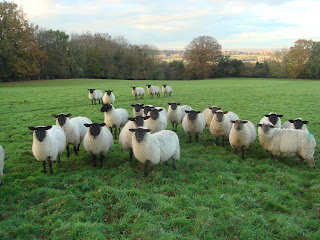 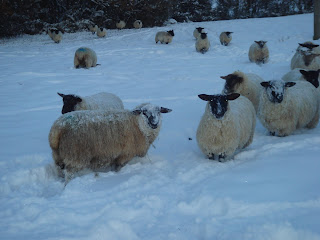 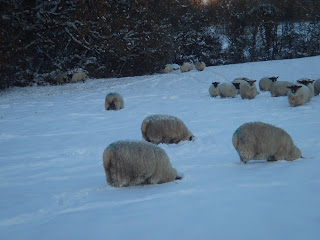 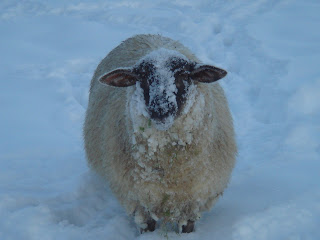 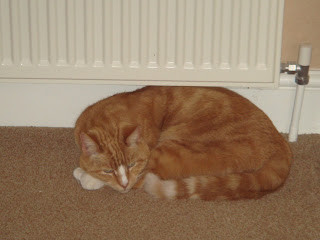 The green, green grass of home. 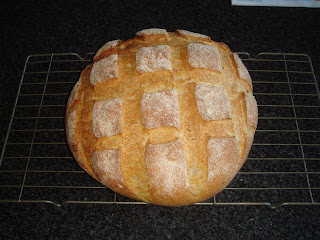 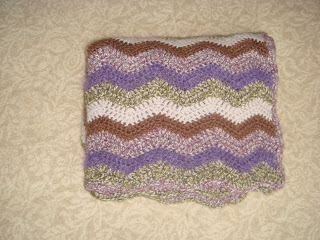 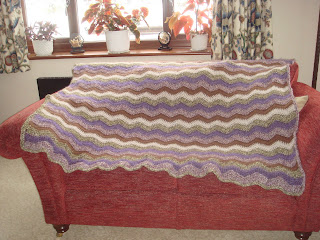 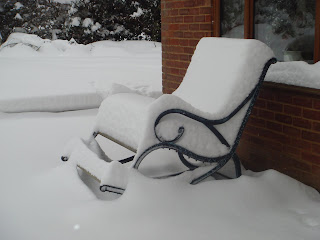 This week, a snowy wonderland!

We've had over 12" which may not sound much for those in places where snow falls on a regular basis but for us down here in sunny Sussex it's incredible.

The sheep aren't in the least bit bothered, they just push their faces into the snow, make a hole and eat the grass.

Their faces end up covered in frozen snow but they don't seem concerned by it. They are very sweet when they spot us and come charging over, leaping through the snow as it's over the top of their legs!

Running for this week has been confined to the treadmill which does become rather boring after a while.


Tinker, being old and wise for a change, has remained curled up under a radiator for most of the time.


I've been busy making hearty soups and breads - this is a Russian potato bread to which I added some cheddar and it was scrumptious!


I realised that I haven't shown anything I've made for ages so here's a completed blanket crocheted in ripple stitch which is really simple and fast growing. A good project to have on your knee whilst watching TV. The yarns are a combination of bargains from last year and things I already had in my collection.

It's about 5' wide and 4'6" long which is just the right size for the two of us to snuggle under when sitting on our rocking bench (shown below).


Of course, we might have to wait for the snow to clear before we try it out!

This little rocking bench has been with is for many years and was purchased from a Garden Centre in Blindley Heath, in Surrey. The reason I can recall the details vividly was because Lulu was in front of us in the queue!

We used to sit, rock, drink wine and dream of living in the countryside; and here we are at last.

I'm busy making curtains and Christmas gifts at the moment but I'm thinking of starting a new knitting project soon. Plus I'm busy marking out an embroidery idea and designing another bargello cushion cover.
Posted by Susie Hewer at 8:37 AM

Glad it's at your place and not mine, though we did get a bit of snow yesterday/last night. Not an unusually large amount like up north where the weight of the snow brought down the roof of the football stadium, http://www.newstimes.com/news/slideshow/Metrodome-collapse-2276.php Didn't the architect/builder realise that there was a real chance that that would happen?

If I don't "talk" to you later, hope you have a very merry Christmas and best wishes for a Happy, healthy & properous New Year. We're leaving for warmer climes on Sunday!

Oooh, lucky you Marina! Have a good one and stay healthy.